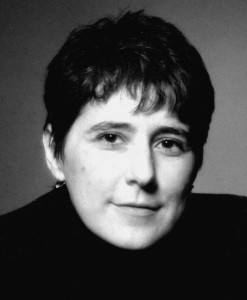 In her new book of poems about her native Cajun Louisiana, Martha Serpas describes a landscape and a culture both made and destroyed by water, a sliver of endlessly fertile, endlessly eroding earth. Her swamp is a borderland, a threshold between land and sea, always a breath or two from being dissolved. From within that moil, Serpas’s intelligence expresses itself in serene, effortless energy. In witty, precise language, she offers a picture of the south that avoids both sentimentality and ostentatious weirdness. Her imagination is rich and fluid, vivid and severe, and like the Celtic thin places, dense with the voices of the other side. The bayou muck, with its perilous, prolific life, is the perfect field for Serpas’s gift. Underpinning her meditations on place is a continual wrestling with the faith of her family and childhood—a faith that, fortunately for us, she makes all her own. There’s something peculiarly vivid about belief that grows in a garden where both life and death are so abundantly present. Harold Bloom writes: “She is something magnificently new in American poetry, a Cajun visionary who fuses the legacy of [Elizabeth ] Bishop and [May] Swenson with her own rebel and poignant Catholicism.”

Martha Serpas was born in Galliano, Louisiana, and received degrees in literature and creative writing from Louisiana State University (B.A.), New York University (M.A.), and the University of Houston (Ph.D.). An interest in the intersection of poetry and belief led her to study at Yale Divinity School, where she earned an M.Div. She has written two collections of poetry, Côte Blanche (New Issues, 2002) and The Dirty Side of the Storm (Norton, 2006). In addition to Image, her work has appeared in The New Yorker, the New York Times Book Review, The Christian Century, and Southwest Review. She has taught at Yale Divinity School, the University of Houston, and the University of Tampa, where she is currently an associate professor of English. She is co-poetry editor of Tampa Review.

“My work continues to focus on my birthplace, Bayou Lafourche, eighty miles south of New Orleans. In my first book, Côte Blanche (New Issues, 2002), I write about the exile of the living and begin to describe the tragedy of wetland erosion as a metaphor for theological longing. (Louisiana is the fastest disappearing landmass on earth. Oil industry dredging and pollution, agricultural run-off in the Mississippi, and a disastrous levee system built to protect New Orleans have caused this disaster.) My second book, The Dirty Side of the Storm (Norton 2006), addresses the reality of the situation, but also explores the spiritual metaphor of what Simone Weil calls “decreation.” Destruction is not only unavoidable but necessary for new growth. That is true of the self as well as the environment. One must dismantle the ego to join with the Divine. The poems, written before the exacerbating effects of Hurricane Katrina, grapple with the paradox of advocating for change and accepting the land’s inevitable death. I plan, in a third collection, to explore further these metaphors of land transformation and spiritual evolution—more specifically, how joy manifests itself in these difficult transitions.“