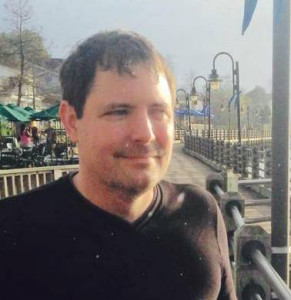 We read a lot of essays on grief, but Mike Smith’s on the death of his first wife took us by surprise. An essayist, poet, and translator, Mike Smith lost his wife to cancer when their second child was an infant. His essay on her death felt surprising because of how it’s framed—it’s beautifully bookended by meditations on two engravings by the twentieth-century artist Fritz Eichenberg—but also because the marriage portrayed feels so real and granular, though we only ever get a sliver’s-width view of it. The voice is self-deprecating: Emily is the serious scholar and steady Catholic, a biblical ethicist whose first book is on the importance of attention, while Mike grapples with angst and doubt, a skeptic who nevertheless experiences intimations of a transcendent reality he wants desperately to believe in. His grief represents both a turning inward and a turning outward—it leads him into the recesses of his own heart, but just as often outward, to books, art, other people. After Emily is gone, his stance toward the world, as reflected in his writing, is a sort of testament to her work. She wrote about the problem of how we can relate an artifact of a far distant culture (the Bible) to our own lives; Smith is modeling the way that sustained, patient attention—to works of art, to texts, to people around us—can bridge gulfs.

Mike Smith teaches at Delta State University and has published three collections of poetry, including Multiverse, a collection of two anagrammatic cycles. Recent poems and essays have appeared or are forthcoming in Commonweal, december, The Edgar Allan Poe Review, Grist, Notre Dame Magazine, The Sun, and Witness. In addition, he is co-editor of the anthology, Contemporary Chinese Short-Short Stories: A Parallel Text, forthcoming from Columbia University Press. His translation of the first part of Goethe’s Faust was published by Shearsman Books in 2012. He can be reached on Twitter at Mike Smith @Multiverse2015.

“Pigeons and Turtledoves” is an essay from My Emilys, a manuscript that explores the common circumstances surrounding the death of my first wife, Emily, to cancer four months after giving birth to our second child, and the similar diagnosis of my stepdaughter, also named Emily, three years later, soon after my second marriage began. The book begins with the unlikely fact that on the very day of my stepdaughter’s diagnosis, my late wife’s book, Demanding Our Attention: The Hebrew Bible as a Source for Christian Ethics, arrived in the mail.

Mostly, though, I write poems. My current experiment, The Zombie Poetry Project, is a collaboration with software engineer, Brandon Nelson. My 500-line poem, “Zombie Ride-Along,” which is published on the site, operates as the source text for this project. We invite visitors to input any English-language text into the field provided. Using a set of language tools, this text will be syntactically matched with sections of the 500-line source poem to produce a new “zombified” poem of random lineation. The new poem will be added to the growing anthology archived on the site.