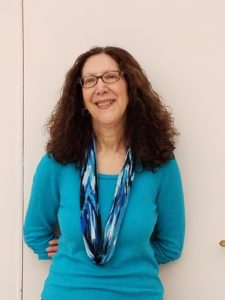 Nancy Naomi Carlson does it all; she edits, writes poetry and prose, and translates. She is, quite simply, a master of language—of multiple languages. Her work has appeared in every journal on my dream list, including our own, where, in Issue 95, she translates three poems by Abdorurahman A. Waberi from their original French. Her translation is both accurate and beautiful, a near impossible feat, made all the more impressive by her close attention to sound. In “A Shroud for All Time,” the claim is made that “secrets must exist for mystery’s sake,” yet Carlson reveals more in her hushed tone than could ever be kept silent. And maybe that is what mystery is meant to be—not a need for secrets, but the eternal potential for ever more nuanced truth.

Nancy Naomi Carlson is a poet, translator, essayist, and editor, and has authored eight titles (five translated), including The Nomads, My Brothers, Go Out to Drink from the Big Dipper (Seagull Books, 2015), translations of Abdourahman Waberi, which was a “Best Translated Book Award” finalist, and for which Carlson received a grant from the National Endowment for the Arts to translate. Her translation of René Char (Tupelo, 2016) was a CLMP Firecracker Award finalist. Infusion of Violets, her second full-length poetry collection, is forthcoming from Seagull Books at the end of this year. Carlson’s work has appeared in such journals as The American Poetry Review, AGNI, Boulevard, The Georgia Review, Poetry, and Prairie Schooner.

I am currently steeped in the writings of the Mauritian poet Khal Torabully, whose work I am translating from French. He has coined the word “coolitude” much in the same way Aimé Césaire coined the word “négritude,” re-defining the term to encompass the richness of transcultural exchanges that enrich the world. I love how my past experiences of translating Abdourahman Waberi, as well as the Martiniquan writer Suzanne Dracius, are helping me understand this work, as both are francophone writers in touch with the political realities of the world. In addition, they infuse their work with other languages (Martinique creole, Arabic), which helps me do the same with Khal Torabully’s use of Mauritian creole. In most cases, I’ve chosen to keep the second language in its original when I translate to maintain this feeling of “otherness” that is found in the original text.
Judaism has always permeated my life and my poems, and has led me to become part of the “New Voices Project” where contemporary writers will be creating ekphrastic poems in response to a visual artifact relating to the Holocaust.

I am always looking for exciting new voices to translate and would like to work with Spanish, if possible. I have also begun work on a third collection of my own poems, as well as a collection of essays, but it’s too early to see the shape both of them will take, though both seem to have something to do with how we make meaning for ourselves.