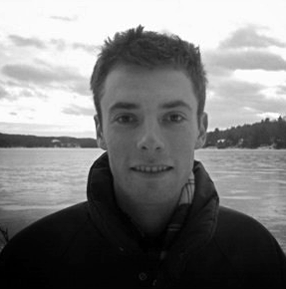 Nate Klug’s standout essay in Image issue 88 wrestles with balancing the inward-looking discipline of poetry with the outward-looking one of being a pastor—two callings that make deep demands on the soul, and on a person’s time. His prose is lucid and elegant; it feels old-fashioned in that the sentences are finely shaped, but also fresh and modern. His honesty, modesty, and intellectual rigor are channeled through unhurried sentences that perfectly match the pitch of his thought. His poetry is spare, precise, and demonstrates the same quality of patient attentiveness. And perhaps, he shows us, poetry and ministry, contemplation and action, are not as opposed as they might seem—they both involve a humble posture of waiting, a willingness to be prodigal with time. For every moment of rightness, of thrilling aesthetic perfection or deep personal connection, there are so many moments that come to nothing. Through his lifelong engagement with the reading and writing of poetry, and especially through his development of what Keats called “negative capability,” he is able to offer his congregation an uncommon degree of presence. This is an essay that speaks not only to pastors, but to anyone trying to balance the artist’s life with a life of action. And it’s of interest to secular readers, too—shortly after it appeared in Image, the Utne Reader asked to reprint it. It turns out honesty and humility in the face of an intimidating job are universally appealing.

Nate Klug is the author of Rude Woods, a modern translation of Virgil’s Eclogues (The Song Cave, 2013), and Anyone, a book of poems (The University of Chicago Press, 2015). A United Church of Christ (Congregational) minister, he has served churches in Connecticut, Iowa, and the Bay Area of California, where he currently lives.

Since Anyone came out, I’ve been working on new poems and translations, with a few essays taking shape in the background. I’ve been thinking about impatience, both personal and political. Half a verse from Paul’s Letter to the Romans has resonated recently: “The creation waits with eager longing…” (8:19). Are we eager to change, and be changed, or simply restless to endure? Some of the poems I’m making now explore the dual obsessions of renewal and permanence from different angles: Pompey the Great’s fascination with water clocks, a brood of cicadas invading Des Moines for the first time in a generation, a Bay Area foundation’s construction of a clock designed to last 10,000 years. I’m also still recalibrating, so to speak, after a move out West, and I’ve drafted a longer (for me!), more biographical poem in six parts, called “First Lent in California.”