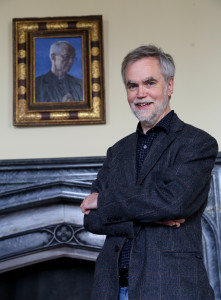 In Roger Wagner’s work, several strands merge: the Renaissance, the pastoral, English landscape and poetry, and Christian biblical meditation. Wagner’s paintings, for all their vigor of composition, often possess that sense of stillness at the center of the storm, that idea of hope in the face of despair. Wagner is not afraid to grapple with issues of judgment and suffering, but his theology is based on the all-sufficient love of God. 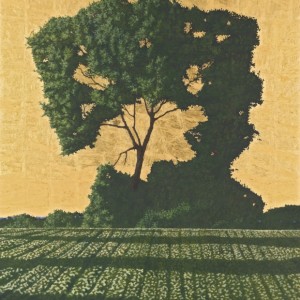 Some of Wagner’s work is featured in Image issue 10.

Roger Wagner was born in London in 1957, read English at Lincoln College Oxford 1975-78, and studied under Peter Greenham at The Royal Academy School of Art, 1978-81. His paintings have been shown in many solo and group exhibitions and are part of the NatWest Collection London, The Takeover Panel City of London, The Ashmolean Museum Oxford, and The Fitzwilliam Museum Cambridge.

As well, his work has appeared in several publications including Fire Sonnets, 1984; In a Strange Land, 1988; The Book of Praises (a translation of the psalms), 1994; A Silent Voice, 1997; and Out of The Whirlwind, 1997. Most of these are available from The Besalel Press. The Book of Praises, Wagner’s illustrated translation of the first book of psalms, and Out of the Whirlwind, illustrations to the book of Job are both handbound (hence their expense). The former is $75, 50 GBP,and the latter is $105, 70 GBP. Other books areFire Sonnets ($15, 10 GBP) and A Silent Voice($96 GBP). They can be ordered from The Besalel Press, 5 Northmoor Road, Oxford OX2 6UW, UK or send email to Besalel@aol.com. 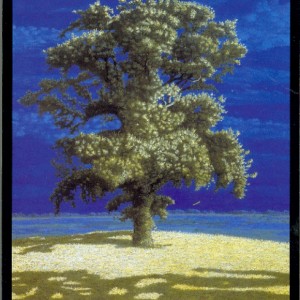 “My current projects divide into three categories: the purely visual, those where the visual and the literary intersect, and the purely literary. Projects under the first heading includeRoads to Damascus: a series of paintings arising out of a recent trip to Syria that focus on the theme of Paul and Ananias. The second category includes producing the second book of my illustrated translation of the psalms and getting together a collected edition of my illustrated poems. In the thrid category is a book I am writing in collaboration with a professor of physics at Oxford with the working subtitle: An Illustrated Theology of Science.”