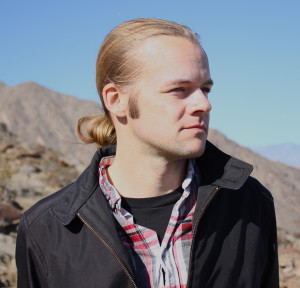 Screenwriter Samuel Gray Anderson gained attention in 2007 as the cowriter, with Lee Isaac Chung, of Munyurangabo, which premiered at Cannes to critical acclaim. Filmed in Rwanda with local actors and crew, the film deals with the bloody 1994 genocide indirectly and personally, from the point of view of two boys too young to remember it—but who live with its aftermath. Anderson’s open-ended script was written to allow for on-the-spot collaboration by Rwandan actors who ad-libbed their lines. It’s a story that moves from mistrust and revenge toward peace, but it avoids easy answers and oversimplification. Anderson’s gifted writing (along with Chung’s sensitive direction) allows the simple story to unfold slowly and find its own shape. He has since collaborated with Chung on several projects, including a film about a group of young American friends confronting mortality and a Rwandan documentary. In all his work, Anderson’s aesthetic sense seems tinged by a meditative sense of regret, a sort of throw-back to the lost generation of Faulkner and Fitzgerald. Like Munyurangabo, his essay in Image about his attraction to the violently gothic singer-songwriter Nick Cave is framed as a seeker’s journey. In it, Anderson reveals a spirit of genuine openness to being worked on by another mind, even one as strange as Cave’s. His essay illustrates the slightly shocking thing about really reading, hearing, and viewing art, which we sometimes forget: it opens us up to others in a profoundly vulnerable way.

Read Samuel’s essay from Image issue 86 here, and read our web-exclusive interview with him here.

Samuel Gray Anderson was born in Latrobe, PA and grew up in South Carolina. He studied English at Yale University, graduating in 2004. Studies in the French New Wave and World Cinema at Yale inspired him to turn to filmmaking, and in 2006 he co-wrote Munyurangabo with director Lee Isaac Chung. The first feature-length fiction film made in the Kinyarwanda language, it premiered at the Cannes Film Festival (Un Certain Regard) in 2007, won the Grand Prize at AFI Fest 2007, and was hailed by Roger Ebert as a “masterpiece.”

Following the success of Munyurangabo, Anderson went on to collaborate with Chung on the screenplays for Lucky Life (2010) and Abigail Harm (2012). In 2014, he returned to Rwanda to co-direct the documentary I Have Seen My Last Born, an intimate portrait of a single father’s struggle to provide a better future for his teenage daughter. His films have participated in the Berlin, Toronto, and Tribeca Film Festivals, among others, and have played for audiences around the world. He lives in Los Angeles with his wife Susan and son Theodor.

I am currently at work developing a film project, set in contemporary Los Angeles, inspired by F. Scott Fitzgerald’s story ‘Babylon Revisited.’ Fitzgerald’s story follows a businessman who returns to Paris after the crash of 1929, seeking to regain custody of his daughter. Mine will follow a writer who returns to Los Angeles to see his young son for the first time since professional failure, mental breakdown, and the tragic death of his wife drove him back east. Exploring whether he will ever be capable of caring for his son again, he finds himself forced to come to terms with the past.

I made a first attempt at telling this story in 2014, in the form of a short story-screenplay hybrid commissioned and published online by Spark & Echo Arts. This story focused, as does Fitzgerald’s, on the character’s present, with only hints of the past. I am now working at expanding it into a proper screenplay, which involves giving greater weight to the character’s past, particularly the doomed romance with his wife. The present unfolds in a rather natural, subdued register, while the past I am presenting in a much more romantic, melodramatic key, with hints of musical elements. I am accustomed in my work to doing things that are patient, quiet, and naturalistic, with touches of poetry. I am now interested in exploring what happens when a film mixes such moments with more heightened, theatrical – even artificial – elements. I hope for something that is ultimately a little more raw emotionally, and open in its romantic and spiritual yearning. I hope that the project does justice not only to the original story (of which it will ultimately be nothing more than a distant echo) but to the role that Fitzgerald’s entire body of work has played in my development as an artist.