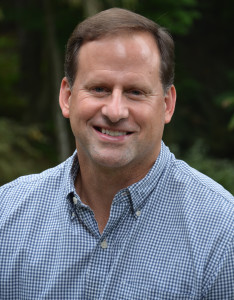 Todd Davis is a poet with an instinct for thin places—the places where heaven and earth lie close together and are able to communicate with each other, where the sacred is present in the ordinary, where mystery reveals itself. In his patient attentiveness to the natural world, to dreams, and to memory, he seeks out thin places and waits there, like a naturalist in the field. An ideal observer, he is open to the unexpected—in creation, in the human unconscious, and in the ancient stories of the Christian faith—and he invites us to see the strangeness we might otherwise miss in our rush. In his work we can discover a richer life inside the lives we are already occupying. His poetic voice encourages a slow savoring; it is understated, fluid, and almost casual, but with a hidden design that builds carefully towards moments of stark revelation.

Todd Davis’s poems have been published in Image and featured on our free daily blog here, here, and here. Read more of his poems here and here.

While I wouldn’t claim that my five previous books should be read as one long poem, I must admit that my poetry rises naturally from my home ground and that the many species I find myself obsessed with—black bear and bees, native brook trout, fisher and porcupine, hemlock, striped maple, trillium, speckled wood lily, and the like—do appear in poem after poem and create a narrative of an ecosystem, a life intricately connected to our own but often neglected.

I’ve always been a person who needs to be in the woods to feel right, to feel settled, to be situated in a world that is much larger than the self, or than the human race for that matter.  This connection to a natural, miraculous energy establishes a perspective that makes sense to me.

Because my writing is based upon field research, there’s no substitute for observation of the flora and fauna in the 41,000 acres of game lands to the west of my house.  It requires many hours in the woods to see certain kinds of rare occurrences: a bobcat padding over crusted snow as it stalks ruffed grouse; a coyote moving from the shadows into the light that has just touched the tip of the ridge; the song of a hermit thrush spiraling through the branches of summer or a broad-winged hawk hunting the understory for a chipmunk; a fisher scuttling along an old logging road, and later a porcupine dead in the V of a white oak, its face opened in death by that same fisher.

There’s also no substitute for reading work by others who have experienced the mystical as part of the physical world, what many, myself included, conceive of as the body of God, a creative spirit connecting the strands of webbing that link every living thing—and, yes, I think of even the stones and dirt as very much alive.

This means when I follow the belly-trail of a porcupine through the snow, usually finding this beautifully quilled creature still very much alive in the branches of a hemlock, eating a circle of bark, that I think of Galway Kinnell’s poem about these misunderstood mammals, often rereading it when I return home.  Or when an owl flies over my head at dusk, wings barely perceptible as they momentarily hold the air in abeyance, that I whisper lines by Mary Oliver and give thanks for her deep seeking.

I say all of this to explain that my next project is like all my other work:  I’m focused on the simple act of attending to the world.  A simple act, but one that is not easily accomplished.

A more pragmatic answer would be to say I’m writing poems for my next book, which is called Native Species.  What’s new about this book?  I find that more of the speakers in the poems are women, or more of the poems are following a matrilineal line, including female animals other than human.

I’m happy for this because I haven’t explored nearly enough my relationship with my mother and grandmothers, nor have I written about the strong women naturalists who have affected the way I look at the world, women whose work as biologists and ecologists have shaped the future.  And then there are the women mystics whose writing and manner of living have made me think long and hard about the ways men have misunderstood and misappropriated spiritual knowledge.