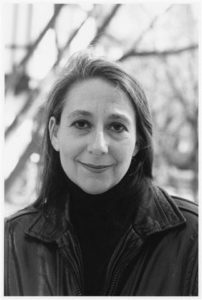 “Every poem is a memory of some kind,” Irish poet Eamon Grennan once said. For this reason, he called the poem “a celebratory elegy”: words are elegiac by their very nature, since they are not only a sound but a tribute to the thing that inspired them. Yerra Sugarman’s writing is elegiac in this manner. Her poems and translations explore memory and post-memory with vivid, tactile imagery. For instance, “Elegy” (in the most recent Image) pushes the form to honor not just one specific life but the identity of communities and those forgotten by them. Memory is passed from speaker to reader as it is through generations. Sugarman herself is only one generation removed from the Holocaust: her parents are survivors, and she was raised in a community that shared that trauma. Wallace Stevens called poetry an internal violence pressing back against the violence of reality. In Sugarman’s words, we see her inherited violence doing just that: resisting and shaping a reality, demanding it be something more.

You can read her latest poem, “Elegy,” in Issue 96 of Image.

Her poetry, translations, and critical articles have appeared in The Oxford Encyclopedia of American Literature, The Nation, AGNI, Prairie Schooner, Copper Nickel, Literary Imagination, The Mississippi Review, Pleiades, The Bellevue Review, The Massachusetts Review, Poetry International, among other publications.

She has been the recipient of a National Endowment for the Arts Fellowship in Poetry, PEN American Center’s PEN/Joyce Osterweil Award, a “Discovery”/The Nation Poetry Prize, the Poetry Society of America’s George Bogin Memorial Award and its Cecil Hemley Memorial Award, a Canada Council Grant for Creative Writers, a Chicago Literary Award, and a Glenna Luschei Prairie Schooner Award.

She is the daughter of Holocaust survivors, and grew up in a community of survivors.  She has taught at the University of Houston, Rutger’s University, New York University, The City College of New York, Baruch College, and Eugene Lang College The New School for Liberal Arts.

One project I’m bringing to completion is a poetry collection entitled Spirit and Particle.  It contains elegiac work and poems that address diverse global traumas, the fluidity of gender, the writing of renowned poets, and the vicissitudes of love and friendship, sometimes through the lens of rhetorical theory, particularly that of Plato and St. Augustine.  The theme of what the scholar Marianne Hirsch calls “postmemory” is a frequent subtext in this collection: inherited memories of violence across generations, and the identification that children of survivors of extreme collective and cultural trauma have with their parents’ experiences.  This collection seeks what the poet Eavan Boland describes as “a habitable grief.”  This type of grief strives to integrate productive means of mourning into daily life, and to grapple with what Judith Butler characterizes as “a deeper understanding of mourning and violence [that] might inspire solidarity and a quest for global justice.”  “What,” Butler asks, “might be made of grief besides a cry of war?”

Another poetry collection I’m working on is called Yizkor: Elegies for Vanished Towns.  The poems in this manuscript expand upon the genre of the elegy as a work of mourning for an individual’s death, allowing for the persistence in our daily lives of lamenting the fate of entire communities of anonymous people.  These elegies will be in dialogue with and explore Yizkor books—hybrid Holocaust memorial texts that document the history of Eastern and Central European Jewish communities destroyed by the Nazis during World War II.

I’ve also been translating from French to English The Book of Questions, Volume I (Livre des questions I) by the twentieth-century French-Egyptian poet Edmond Jabès’s.  His work is a hybrid verse-novel—a mosaic of aphorisms, dialogues, narratives, fragments, and imaginary rabbinic commentaries—whose disjunctive and elliptical storyline brings to light the account of Yukel and his lover Sarah, French Jews, Holocaust survivors, and survivors of the concentration camps.  While the book engages with the notion of the Holocaust’s ineffable violence and horror, it, likewise, addresses the violence inflicted on us all by language’s inscrutable nature.