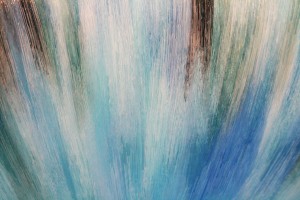 In describing the nature of things, the sciences and faith also remind us of the following:

The universe need not be intelligible.

When Isaac Newton published his Principia Mathematica in 1687, he didn’t explain what made objects fall to earth or planets revolve around the sun. He showed instead how gravity works mathematically. That Newton’s equations suggest gravity works across a vacuum and at a distance infuriated followers of René Descartes. But the Cartesians’ complex theory of gravity, full of vortices whirling in invisible ether, ultimately lost out to Newton’s mathematical simplicity.Much later, when Einstein reimagined gravity not as a force but as a bend in space-time, he borrowed mathematics devised only fifty years earlier by Bernhard Reimann. Reimann had been exploring what sort of geometry permits parallel lines to intersect, a theoretical interest he never anticipated would have such important applications.

There are, of course, matters humans appear incapable of understanding for the foreseeable future, such as consciousness itself. Nevertheless, that mathematics—a language in which I have scant fluency—should so often divine what little we know of the universe isn’t merely astonishing; it’s truly unreasonable. Unless the universe is made from math itself, waiting to be discovered, there’s little reason this human construct should consistently and reliably describe how things are.

Evolutionary theory may propose that the intelligence necessary for early humans to survive and flourish on the African plains is sufficient to propose the theory of general relativity. The conjecture seems another reasonable, if untestable, happy accident. Once again, it could have been otherwise.

Persons of faith have historically found in the intelligibility of the universe a path to God. The psalmist writes, “The heavens declare the glory of God; the skies proclaim the work of his hands. Day after day they pour forth speech; night after night they reveal knowledge.”

To rejoice in and study the nature of things is a good in itself, a way to approach—if not finally arrive at—the mystery of God. It’s what medieval theologians—drawing on older sources like the first-century-BCE Jewish Book of Wisdom—called the analogy of being (analogia entis): the order and beauty of matter can, if only by analogy, lead the believer to a deeper love of God.

My brother, John, is a painter. He helps me see new patterns in artworks I already love, intuits intricacies of brushwork and color in ways I don’t pretend to grasp. His vision neither negates nor replaces mine, but complements it, rendering more wondrous the work at hand. So, too, the sciences don’t lead me initially to love and understand creation and creator, but to love in deeper, more complex ways.

The universe need not be.

Another intriguing aspect of Newton’s mathematics is gravity’s magnitude. If gravity were slightly weaker than it is, the matter of the universe would have scattered so rapidly after the big bang that stars would never have formed. No early stars, no carbon. No carbon, no life as we know it. No life, no consciousness to wonder at the universe.

If, on the other hand, gravity were slightly stronger, the universe would have long ago collapsed in on itself before the advent of stars, carbon, life, and consciousness. The strength of gravity, along with many other aspects of the so-called “anthropic principle,” make the universe appear unaccountably fine-tuned to our presence in it.

Cosmologists may explain this away with multiverse theory, hypothesizing that many universes bubble up from primordial chaos, each with physical constants lending relative stability—or not. How, though, does one detect another universe? Let me know when you have an answer. It’s a dazzling thought experiment, another reminder that things could be otherwise.

Before modern western theologians lost their way attempting to “prove” God as a being demonstrably necessary to the workings of the universe—a category error resulting in the ever-shrinking “god of the gaps”—learned men and women understood that nature raises a radical question: “Why is there anything at all?”

Forget what you think you know about Thomas Aquinas’s “five ways” as supposed proofs of God’s existence. Aquinas understood God as faith’s revealed answer to a reasonable question about the totality of creation. To persons of mature faith, creation is taken for granted only in the sense that God grants all things in an unnecessary eruption of grace. Ludwig Wittgenstein, the twentieth-century philosopher whose engagement with Christian theology was as profound as it was impossible to summarize, perhaps put it best when he wrote, “What’s mystical is not how the world is, but that it is.”

The point of these examples is not to suggest that faith and current scientific theory inevitably harmonize, or worse, that the two should be forced to agree. Yet if faith and the sciences aren’t identical, neither are they mutually negating truths, armies in a war between belief and reason.

No knowledge stands alone, unsupported by some element of belief, a commitment to seeing available evidence one way rather than another. As for reason, Robert Oppenheimer—who wrestled with the moral implications of his role, as director of the Manhattan Project, in producing humanity’s first great weapon of mass murder—had the intellectual humility to say, “Science is not all of the life of reason; it is a part of it.”

Good theology, especially in its apophatic or negative forms, recognizes that faith and revelation stop short of the full mystery of God, pointing the way without ever truly arriving. Philosophically literate scientists likewise concede that even the most rigorous scientific theory offers a picture of reality that remains, ultimately, beyond human grasp.

Rightly practiced, both faith and the sciences end not in certainty but in awe, wonder, gratitude, even love. I know no better place to end.

Brian Volck is Assistant Professor of Pediatrics in the Division of Hospital Medicine at Cincinnati Children’s Hospital Medical Center. Brian received his undergraduate degree in English Literature from Washington University in St. Louis and his MFA in creative writing from Seattle Pacific University. His first collection of poetry, Flesh Becomes Word, was released in October, 2013. He is coauthor of Reclaiming the Body: Christians and the Faithful Use of Modern Medicine and contributed essays to Wendell Berry and Religion: Heaven’s Earthly Life, and The Spirit of Food: Thirty-four Writers on Feasting and Fasting toward God. His essays, poetry, and reviews have appeared America, The Christian Century, DoubleTake, and Image.

The image above is used under a Creative Commons license. It is credited to Sherrie Thai on Flickr.