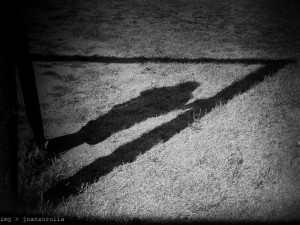 Every Saturday morning in fall I wake up and feel a tinge of disappointment that I have not woken up in a dorm room in South Bend, Indiana; that my Notre Dame marching band uniform does not hang in the closet at the foot of my bed.

I’m disappointed because I’m not eighteen, nineteen, twenty, twenty-one years old. And I’m disappointed that instead of spending the entire day wrapped up in the tradition and pageantry that is college football, I will instead mow the lawn, sort the recycling, and grade freshman composition essays.

Notre Dame football is deeply engrained in my being. Put it this way, if something cataclysmic happened and we were all reduced to cannibalism, I like to think that I would taste like a crisp fall day, a hint of charcoal smoke, a whiff of beer breath, and the tang of the kelly green turf in the House that Rockne built. I like to think that you would hear strains of the Notre Dame Victory march as you roasted me.

Sorry, I know that’s really creepy, but that’s the best way I can describe the zeal that I have for Notre Dame and its football team. It’s more than addiction, it’s as though my very genetic structure has been altered. This makes losing very, very difficult.

When Notre Dame loses, which has been often in the last ten years, I’m crabby and sulky. I have no appetite. I run the decisive plays backwards and forward in my head. If we had a dog I would be tempted to kick him. And yet, each new Saturday hope springs eternal. Whether they are 5-0 or 0-5, I watch.

Despite this innate, unflappable love for my school and team, the death of Declan Sullivan, a twenty-year old Notre Dame student who was killed this past week [October 27, 2010] in a fall from a scissor lift while videotaping football drills, has left me questioning my allegiance. Sullivan, a film major and writer for the student newspaper, The Observer, died when the lift he was standing atop was blown over by a heavy gust of wind.

I know that this feeling will eventually pass, but, right now, I don’t want it to. I feel like Notre Dame, a school that has prospered over the last decade in terms of its endowment (one of the largest in all of higher ed), in terms of its mercurial rise in the U.S. News and World Report College rankings (19th), in terms of its multi-million dollar television contract with NBC, needs to really think long and hard about this loss.

This isn’t just another football defeat—we’re used to that. We’re used to not living up to the pre-season hype. We’re used to losing at the last second. Declan Sullivan’s death is final. There is no “next season,” no excuses of “this is a rebuilding year.”

Some in the media see Sullivan’s death as symbolic, yet another indication of how moribund Notre Dame’s football program is; an indictment of the university’s hypocrisy—being all uppity and self-righteous about its Catholic character, its commitment to fight for the poor and oppressed, all the while being willing to sacrifice one of its own in the hope of future football greatness. And it won’t be long, if it hasn’t happened already, that this incident will be tied in some way to the priest abuse scandal in the Catholic Church.

And while I think that these and future allegations are myopic, it doesn’t make Sullivan’s death any less senseless and tragic. Like all tragedies, it could have been avoided; this is what makes a tragedy a tragedy: our ability after the fact to see the ways it could have turned out differently.

In this case the only thing that would have saved Declan Sullivan was if someone in charge had been looking out for his safety. An investigation by the University and the state of Indiana will no doubt attempt to get to the bottom of how something like this could have happened, but what I suspect that they will find is that no one was looking out for him and that he was free to come down if he felt he was in danger.

What gives me pause right now is had that been me up there—the twenty-year-old me, the me who also wrote for The Observer, also lived in Fisher Hall, wore a sweat- stained Notre Dame baseball cap every waking hour of my four years, the me whose life-long dream was to attend Notre Dame, who every now and then would get misty-eyed walking by Our Lady on the Golden Dome, not to mention the me who loves Notre Dame football with every atom of my substance, I probably would have stayed up on that lift. I would have wanted to show my loyalty to my school. I would have wanted to show that I was willing to make sacrifices to help make the struggling team better.

Sitting here writing this in the hours just after the team’s two point loss to Tulsa—Tulsa, the smallest school to play Division I football—I can’t help, and I’m sure many others can’t help think, that this most recent loss is a referendum from Beyond; that Our Lady’s University, as it is often called by its fans, is being humbled for its sin of pride.

Whether this loss is Divinely ordained or just more terrible luck—Notre Dame’s starting quarterback was lost for the season in the first quarter—I think it is important that Sullivan’s death hang over the heads of the coaching staff, team, and administration as a reminder of the deep allegiance and sacred trust they’ve inherited.

I know that every day of my four years was a gift. I felt lucky to be in such rare air, and had I been asked, I would have probably gone up in that lift in high winds, too.

David Griffith is the author of Good War is Hard to Find: The Art of Violence in America. His essays and reviews have appeared in Image, The Normal School, Creative Nonfiction, The LA Review of Books, Killing the Buddha, Offline, and the Paris Review Daily, among others. He lives in Michigan with his wife, the writer Jessica Mesman Griffith, where he directs the creative writing program at Interlochen Center for the Arts. He recently finished a book manuscript titled Pyramid Scheme: Making Art and Being Broke in America.