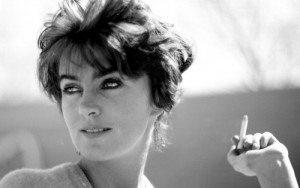 Marie Claire predicted that this “highly semiautobiographical collection will catapult [Berlin] into a household name.”

And John Williams wrote in the New York Times, “She put much of her roving, rowdy life onto the page in vivid stories that garnered the respect of a modest audience and now could be on the verge of making her posthumously famous.”

I count myself as part of that “modest audience” who was lucky to know Berlin and her work before her death in 2004. I met Berlin when she was my teacher in the graduate creative writing program at the University of Colorado, and I was immediately taken by her as a writer and as a person.

I wanted to hear all Berlin’s stories: About how she and her jazz musician husband used to hang out in New York with Amiri Baraka back when he was LeRoi Jones.

Or about how she took a class taught by Edward Abbey at the University of New Mexico where he said “the Renaissance rushed into Europe like waters flooding a desert arroyo during a sudden storm” and all the girls swooned.

Or about how she was a close friend of the mother of Black Panther leader Huey P. Newton in Oakland, was the only white person invited to his funeral, and declined when Newton’s mom asked her to write Newton’s biography because, as she told me, “A white person shouldn’t write that book.”

Sure, I also loved Berlin in part because she was effusive with her praise. I just found a copy of a story I wrote in 1998, with Berlin’s delicate script ringing the text on the first page: “Jenny—you can write about anything and it is full of love & promise & grace. I don’t think one story yet has passed by without bringing tears to my eyes and you are NOT sentimental even; or even sweet.”

Yes, I know she sweet-talked all my classmates in her fiction workshop, not just me; she showered love and praise on fellow writers like an old-fashioned lawn sprinkler that distributes water over parched ground and then goes back and does it again. It was just this sort of  praise that saw me through the decade-long slog of failure and rejection that I experienced after I left her classroom that eventually resulted in my publishing my first novel.

But Berlin’s own fiction amazed me even more than the stories she told about her life and the encouragement she lavished on students. Any time I made new friends who could appreciate her work, I’d foist one of her story collections, published by Black Sparrow Press, on them, and whenever I taught a fiction-writing workshop, I’d include some of her stories as well.

I’m so pleased that forces in the literary world with much more power than mine have at last taken over my mission to keep Berlin’s important words alive. Now that I don’t have to persuade others to read her writing, I can dip in and discuss the wonders to be found in her stories, such as her uncommon sensibility for writing about Catholicism even though she wasn’t Catholic.

I once gave Berlin a copy of Kathleen Norris’s The Cloister Walk for her birthday. She looked at me with her crystalline blue eyes and said, “Thank you for knowing that I would like this.”

I think she thought of herself as a sinner, or at least imagined others saw her that way. She married and divorced three times, raised four boys mostly on her own, worked blue collar jobs to make ends meet, and struggled with alcoholism for years. She was over all that by the time I met her, when she was sixty-two. She suffered from double scoliosis that caused a rib to puncture one of her lungs, leaving her tethered to an oxygen tank, which disconnected her oxygen tank for the occasional forbidden cigarette.

And Berlin relished gossiping and appreciated men. “If only I were twenty years younger,” she told me about one writer she was corresponding with whose work and other qualities she admired.

But although she enjoyed being a little bit “bad,” by far her dominant trait was her generosity, evidenced by the reams of letters of recommendation she wrote, the complimentary critiques she gave of students’ work even after they had graduated, and the blueberry blintzes she prepared for me despite the constant pain she was in when I used to visit her in her trailer in Boulder a few years before she died.

Also, she had a thing for nuns. In the story “Stars and Saints,” she writes of a Catholic school she attended as a girl in Texas: “Whenever a siren sounded outside in the streets, near or far, Sister Cecilia had us stop whatever we were doing, lay our heads down on our desks, and say a Hail Mary. I still do that. Say a Hail Mary, I mean. Well, also I lay my head down on wooden desks, to listen to them, because they do make sounds, like branches in the wind, as if they were still trees.”

Berlin wrote autobiographically almost exclusively, though of course she embellished and changed things around in her fiction. The narrator of “Stars and Saints” is too awkward to make friends with the other girls—she’s always the new kid, moving wherever her father’s job in the mining industry takes her, and has to wear a back brace for her scoliosis besides.

So when she figures out that one of the nuns can’t bear to remove dead mice from the traps in the kitchen, she volunteers for the job, and then lingers there every recess rather than face the other kids in the schoolyard: “The nuns were so pleased they didn’t say anything about me being in the kitchen, except one of them did whisper ‘Protestant’ to another one.”

The child finds comfort in the rituals of the Catholic Church, though her mother forbids her to convert. She sneaks inside a confessional one day anyway: “I’m not sure how long it was before I found myself inside, my heart pounding. It was more exquisite inside than I could have imagined. Smoky with myrrh, a velvet cushion to kneel on, a blessed virgin looking down upon me with infinite pity and compassion.”

Jenny Shank is a novelist whose first novel, The Ringer, won the High Plains Book Award.