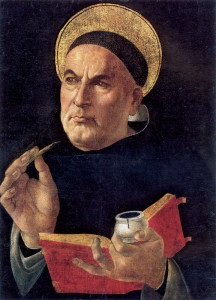 In some ways, “mystery” is perhaps the boldest term we chose as a subtitle for Image, the one most out of touch with our times. It is true that secular artists and writers regularly speak of navigating uncertainties and ambiguities. But in their embrace of post-Enlightenment thought, they tacitly accept various determinisms that attempt to explain reality with reference to biology, psychology, sociology, or any of the modernist replacements for ultimate reality. Most secular writers and artists simply live with the contradiction. Though there occasionally arise writers like David Foster Wallace who are more open and anguished about these conflicts, evasion and complacency remain the norm.

At the same time, it is no exaggeration to say that much of the contemporary hostility toward mystery comes from those who enthusiastically embrace religion. The relentless literalism and pragmatism of the fundamentalist stem from a fear of mystery, of the ambiguity of Holy Saturday. In the decades since Image was founded, many believers have awakened to the limitations of politics and polemics and embraced the need to make culture, not war. But there is still a long way to go.

In the preface to Intruding Upon the Timeless, my first collection of Image essays, I focused largely on one aspect of the journal’s mission: the ambition to prove that the encounter between art and faith was far from over, that it continued in our own time and all over the globe. That desire to find a place at the table in the larger cultural conversation was, indeed, central to the founding of the journal. The goal was not to engage secularism and fundamentalism in a new culture war, but to demonstrate that an ancient and still vital alternative tradition remains worthy of engagement.

More than a quarter century into the experiment, I think it’s fair to say that we’re only just beginning that conversation.

But those of us who started the journal also sensed in a dim and inchoate way that we were after something larger than a place at the table. At some level we realized that placing art and faith in dialogue would produce meaningful resonances.

It’s turned out to be a powerful tuning fork. Each of those resonances is really an analogy—a comparison that, while acknowledging differences, still finds illuminating resemblances. For example, what might the literary device known as ambiguity have to say about the life of faith? Is tragedy compatible with the ways that western religions imagine the deity? How might reading scripture influence the way we read novels, or paintings for that matter?

Art and faith use narrative, language, image, and symbol like probes sent out to take readings and return with reports of meaning. They share a need to initiate acts of making and discovery that, far from knowing in advance what they will encounter, must proceed in fear and trembling.

Analogy is a complex subject. In the Summa Theologica, Thomas Aquinas considers whether poetic analogy can tell us anything true about God, given the utter disparity between human and divine minds:

The science of poetry is about things which because of their deficiency of truth cannot be laid hold of by reason. Hence reason has to be drawn off to the side by means of certain similitudes. But then, theology is also about things which lie beyond reason. Thus the symbolic method is common to both, since neither is accommodated [to human reason].

The specific question that Aquinas grapples with is the way in which scripture employs metaphors—which are, after all, analogies. He concludes that:

The beam of divine revelation is not extinguished by the sense imagery that veils it; its truth does not flicker out; because the minds of those to whom the revelation is given are not allowed to remain arrested by the images but are lifted up to their meaning.

I take these quotations from Denis Donoghue’s dense but rewarding book Metaphor. There he considers the famous definition of metaphor by I.A. Richards as something divided into “tenor” and “vehicle.” For example, in Shakespeare’s phrase “all the world’s a stage” world is the tenor and stage is the vehicle. The best metaphors, Donoghue suggests, set up a tension of likeness and unlikeness between tenor and vehicle, which are held simultaneously in the mind.

Donoghue notes that in the Christian tradition some thinkers seemed to believe that the vehicle takes over and extinguishes the tenor, as in those theologians who argued that the New Testament made the Old Testament obsolete and irrelevant. But he goes on to show that the deepest and widest tradition in the church rejected this form of reductionism, cherishing both terms equally. He cites Erich Auerbach, who points out in Mimesis that Tertullian spoke for the majority of theologians:

[Tertullian] was definitely hostile to spiritualism and refused to consider the Old Testament as mere allegory; according to him, it had real, literal meaning throughout, and even where there was figural prophecy, the figure had just as much historical reality as what it prophesied.

For Auerbach, figurative language “establishes a connection between two events or persons, the first of which signifies not only itself but also the second, while the second encompasses or fulfills the first.” In the poet Dante, Auerbach found the literary culmination of this way of thinking:

It is precisely the figural interpretation of reality which, though in constant conflict with purely spiritualist and Neoplatonic tendencies, was the dominant view in the European Middle Ages: the idea that earthly life is thoroughly real, with the reality of the flesh into which the Logos entered, but that with all its reality it is only umbra and figura of the authentic, future, ultimate truth, the real reality that will unveil and preserve the figura.

It is in this spirit, if on a thoroughly pedestrian level, that I have attempted to pursue the analogies between art and faith in search of mystery.

Gregory Wolfe is the founder of Image and serves as Writer in Residence and Director of the MFA in Creative Writing program at Seattle Pacific University. His books include The Operation of Grace: Further Essays on Art, Faith, and Mystery, Beauty Will Save the World, and Intruding Upon the Timeless. Follow him on Twitter: @Gregory_Wolfe.