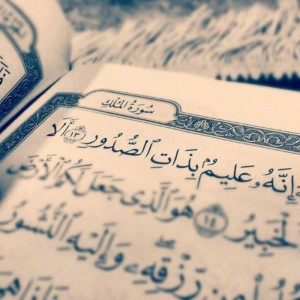 “Strap on a suicide vest? Join a global mission whose leaders preach hatred and acts of violence against civilians? Spurn the traditions of one’s own community in favor of radicalization? Jihadis face a hard sell. By definition, poetry is a way to say what cannot be said in ordinary terms.”

I sat stunned after reading this online last week. The writer knows whereof he speaks; he is Professor Flagg Miller, author of a book on the Bin Laden tapes. Here, he’s affirming the thesis of a chapter in Oxford Professor Elisabeth Kendall’s forthcoming book, Twenty-first Century Jihad. In this chapter, called “Yemen’s al-Qaida and Poetry as a Weapon of Jihad,” Kendall writes:

The power of poetry to move Arab listeners and readers emotionally, to infiltrate the psyche and to create an aura of tradition, authenticity and legitimacy around the ideologies it enshrines make it a perfect weapon for militant jihadist causes.

This is scary enough, and I’ll return to it below. But what stunned me about Professor Miller’s words is that I’ve often described poetry’s appeal exactly as he does: that “poetry is a way to say what cannot be said in ordinary terms.” I’ve written that poetry, by its very nature, reaches toward transcendence.

To students and retreatants, I’ve quoted Denise Levertov saying that poems “illuminate what we feel but don’t know we feel until it is articulated.” I’ve quoted Edward Hirsch (from an Image interview) saying “Poetry is capable…of sacramentalizing experience.” I’ve quoted Gary Miranda (also in Image): “One of the great tasks of poetry, it seems to me, is to find better names for God. In that sense, yes, I think of poetry as a sacred calling.”

I’ve quoted Charles Wright affirming “the true purpose of poetry to be a contemplation of the divine.” I’ve quoted Christian Wiman asserting that “poetry is how religious feeling has survived in me.” I’ve quoted A.R. Ammons: “Poetry is a verbal means to a non-verbal source.” I’ve quoted Osip Mandelstam: “What distinguishes poetry from ordinary speech is that it rouses us and shakes us awake in the middle of a word.”

In touting poetry’s ability to speak what can’t be said in ordinary words, I’d always assumed that this ability was a great good. Now—in light of Professor Kendall’s research—this assumption makes me feel that I’ve been very naive.

And yet…maybe not so much naive as ignorant: ignorant of the context that Professor Kendall lays out so helpfully. Her research focused on rural, often illiterate Yemenis. I won’t recount here the details of her data. But what she found was that these people, like most of the Arab-speaking Muslim world, treasure poetry as central to their culture.

Poetry is treasured by them because of their familiarity with recitations of the Qur’an. The Qur’an is a recitation: As my husband, George Dardess, put it in the book we co-authored called Reclaiming Beauty for the Good of the World: Muslim & Christian Creativity as Moral Power:

The Qur’an is God’s speech as recited—first, according to tradition, by the angel Gabriel to the prophet Muhammad, then recited through the instrumentality of Muhammad’s human voice to Muhammad’s companions, and then through the voice of every other reciter down through the ages.

As a recitation meant to be recited again and again, the Qur’an does draw on poetic qualities; these add to its beauty and make it easier to memorize and pass down orally.

Kendall’s startling discovery is that jihadis take advantage of poetry’s qualities by crafting poems to lure recruits to their cause. “The language of poetry emulates the language in which the Qur’an was revealed,” Kendall writes. “Jihadist publications make liberal use of poetry from the classical heritage, which they largely fail to attribute, but which listeners might find faintly familiar from oral tradition. The beauty of the language, solemn intonation, pattern and rhythms found in more classical poems, could not fail to impress.”

Furthermore, she elaborates, popular YouTube videos reciting jihadi poems add visuals “often of jihadists training or dead children in Iraq and Gaza, with faint background music and a ‘reverb effect’ that emphasizes the monorhyme and heightens the sense of gravitas in the apocalyptic battle between good and evil that is the underlying theme running through most poems.”

Kendall’s primary point is that we can’t understand jihadis’ motivations without understanding their use of poetry. And she quotes this chilling example (translated from the Arabic), from a jihadi article proclaiming the end of U.S.-dominated capitalism:

I will fasten my explosive belt,
I will shudder like a lightning bolt
and rush by like a torrential stream
and resound like stormy thunder.
In my heart is the heart of a volcano.
I will sweep through the land like a flood.
For I live by the Qur’an
as I remember the Merciful.

God’s predominant name in the Qur’an is “The Merciful.” We might try to insist that the actions urged in this poem are the very antithesis of mercy as we understand it. But Kendall’s point is that our understanding doesn’t at all encompass the jihadis’.

Yet we can go further. The jihadis’ understanding of poetry does not in any way encompass the Qur’an’s own. In fact, the Qur’an is explicit in many places that what was handed down to the Prophet Muhammad was NOT “poetry” as the Arabs of the time understood it.

Poetry, the Qur’an insists repeatedly, is dangerous because its techniques are seductively easy to employ for selfish and destructive purposes. Insofar as the Qur’an employs those techniques (and Muslims believe that the Qur’an is incomparable as a revelation in poetic form), it does so in trust that humankind will comprehend the difference between the right and wrong use of one of God’s most precious gifts, poetry itself.

But like all gifts, poetry can be turned against the giver; and this, we can say, the jihadis have done.