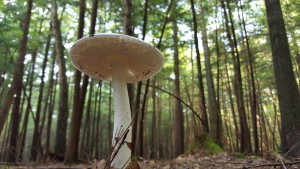 Thanksgiving Day after I turned four: high fever at dinner, a drive through a blizzard, then a spinal tap. Meningitis. The nurse promised me angels, and they floated from the bright examination light to the floor, and this is all I remember: paper angels filling the emergency room, snow falling outside, my mother crying.

For two weeks while my brain boiled, I was in the hospital bed and outside in the falling snow, both at once. My parents made me testify about the angels (but not about the snow) to our church, and later, I teased my father about this, about people who wanted a miracle so badly that they confused miracle with inflamed brain. He shrugged and said maybe they’re not so different.

I have been putting things side-by-side, trying to make sense of images that occur and reoccur and tie themselves to other things, snow and angel, miracle and spinal cord smolder. The signs of crisis averted, barely. Bear with me. I’ve been walking in circles, encountering the same signposts, over and over since my grandma died this summer. I’m looking for what I’ve lost, the signs for loss that only seem to point back toward themselves, building a constellation of images around the shape of something I can barely see.

This summer, on the day my grandma stopped eating—after she asked my aunt to take her to emergency room so they could end her life, after my aunt explained that you can’t go in and ask doctors to kill you—my father taught me which of the Northwoods mushrooms I should never eat. False morel and Amanita bisporigera, the latter so deadly and beautiful it’s known as “destroying angel.” Unlike other Amanita species, it doesn’t have psychotropic effects when eaten or smoked, and it doesn’t send one into a killing trance the way that Amanita muscaria, the fly agaric, was reported to do for the Viking berserkers.

My dad didn’t know about my grandma starving herself; no one did at that point. We were talking of windstorm and downed trees and the consequent growth of the delicious orange fungus known as chicken of the woods. The overlap of events—destroying angel and the impotence of waiting for a loved one to die—was coincidence. But I’ve come to believe in the power of two things sitting side by side, coincidence as a thread that runs through every object and experience. Where you trip on it is up to you.

In the ten days it took my grandma to starve to death, I dreamed of mushrooms, and of snow, a dream that’s recurred since being in that hospital bed under a rain of paper angels. Wildfires in Canada sent down smoke that blotted out the sun and made runny yolk sunsets. I walked miles in the smoke even though everyone was supposed to stay inside. The air was white, opaque, a fine ash curtain. The air was a ghost of something burning away, haunting in pieces, until a storm scrubbed the air and moved it east.

I was worried I’d be frightened of the small box holding my grandma’s ashes at her burial. White ash, because our bones came from ocean and not the potassium-laden earth, because calcium and signs buried in code and a good shove of testosterone still say: Make this one a sea creature.

The ash felt perfect, as if it was not her and her, flung, and as though she could be in two or a million places at once. It felt luminous, like so much suffering banished or changed, as if we were all engaged in something lovely yet silly. Why were we seeking the living among the dead? And where should we seek instead?

Albert Einstein once wrote that physics, particularly the study of the atom and subatomic particles, was moving toward abstraction. The more abstract it became, he said, the less of a relationship the world around us would have to our senses, the more we would have to depend on signs, on coincidence and incomprehension and fog.

He was talking of particles that only exist when they interact with other particles, of things that lack stillness to the point where you can never say they’re truly anywhere. He was talking of seeking things that can only be found indirectly, through observation of effect on matter and collections of phenomena.

The church’s liturgical year from Advent to Ascension marks a journey of incarnation, movement from invisibility to visibility. Light and image and sign. The Eastern Orthodox icons know this in their radiance, the flame behind their oxide skin, lack of shading save for the bone-socket shadows under the eyes, for bone trumps flame.

I love Maundy Thursday when the lights go out, when the air takes on illusion of stillness and expectation. Then Easter—white, hopeful, and though I’m Christian with all it entails, still incomprehensible. And Pentecost, day close to my heart and burned brain—red banner and poured flame, ghost descending. Pentecost, potential for God or ghost one day hearing my prayer: Lord, make me coherent.

But I’m not. My faith is coincidence I try to tie together, objects sitting side by side, signs in smoke, more than a touch of paganism (it’s that bone-socket shadow, those sea creatures and forest angels), some affectionate blasphemy that usually goes unremarked upon because it lacks the threat of intelligibility.

The summer and fall were wet once the Canadian wildfires were extinguished. Mushrooms grew everywhere, huge patches of them, Chlorophyllum and destroying angel and, after a drenched couple of days, one unidentifiable one I mistook for a dog standing at the corner. Beautiful and sinister, easy to trample or ignore if you’ve nothing lost to seek. Their relentless resurrection after each storm seemed a sign against loss that was somehow at once empty and searching and perfect.