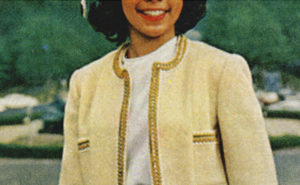 In her photo on the jacket flap of Negroland: A Memoir,  Margo Jefferson looks to me like an attractive white woman in her late sixties.

In the chapter where she delineates beauty standards for African American girls in the 1950s, when she was a child, her list of skin color options astounds me:

Off-limits? As Jefferson knows, she’s slyly implying the impossible: that women have a choice about their skin color—that they can decide whether to stay within limits or not.

From the jacket’s photo, I’d class Jefferson’s skin as ivory or cream.

(As a white woman, has it ever mattered whether my skin tone is light olive or peachy cream? A rhetorical question.)

Jefferson was born into a privileged African American family. Her father was a physician; her mother a socialite among the black aristocracy. (Such a class has existed for over a century, African Americans in the professions, with high educational and career aspirations for their children.)

Negroland is about the lives, challenges, and agonies of this upwardly mobile class. They are caught between two worlds, comfortable in neither. As Jefferson puts it, writing about the 1950s:

Nothing highlighted our privilege more than the menace to it. Inside the race we were the self-designated aristocrats, educated, affluent, accomplished; to Caucasians we were oddities, underdogs and interlopers.

This made them into what Jefferson calls “the third race”:

We cared for our people—loved our people—but we refused to be held back by the lower element. We did not love white people, we did not care for most of them, but we envied and sometimes feared and hated them. Our daily practice was suspicion, caution at the very least.

Jefferson has relatives and acquaintances with such light skin that they can pass as white; she recounts their agonizing decision of which race to identify with. Either way, psychological damage is inevitable.

These days our attention in the US is, appropriately, fixed on black people harassed and killed by police. They are almost always people living in poverty, in neighborhoods where the presence of police feels more like a threat than a comfort. But I’m grateful to Negroland for showing me that, alas, the oppression and humiliation of blacks goes further up the social ladder.

On a family vacation, Dr. Jefferson and his family are assigned a tiny, dingy room in an Atlantic City hotel.

In the nearly all-white neighborhood where Margo’s parents decided to live when Margo and her sister were kids, the white mother next door won’t let her daughters play with the Jefferson girls.

In sixth grade, when Margo has a crush on a white classmate, she’s soon stunned to learn that he lives in an apartment building that bars African Americans; knowing therefore that their relationship can go nowhere, she withdraws from contact with him.

Dr. and Mrs. Jefferson decided to send their daughters to a nearly all-white private school in Chicago in the 1950s. (The few other black kids at the school have skin nearly as light as Margo and her sister.) Margo’s fourth grade music teacher has the class sing Stephen Foster’s “Swanee River,” including the lyrics “All the world is sad and dreary, everywhere I roam. Oh darkies! how my heart grows weary…” When Mrs. Jefferson hears Margo singing this line at home, she’s furious at the teacher’s insensitivity. “Margo, do you know that ‘darkie’ is as much an insult to us as ‘nigger.’ The teacher should have had you sing ‘Oh Lordy, how my heart grows weary…’” Margo is embarrassed that she hadn’t known that “darkie” was a slur. She feels overwhelmed by all the race-prejudice knowledge that’s still beyond her. How will she ever catch on to it all?

Toward the book’s end, Jefferson muses on the fashionable clothes passed on to her by her mother, who always dressed stylishly:

The piece I most love wearing is Mother’s gold brocade cocktail dress with matching jacket.… It’s ‘flip and flirty,’ as my mother prescribed. It’s crisp yet splendid. It makes me feel I’ve put on made-to-order armor.

Armor that helped shield me from exclusion.

Armor that helped shield me from inferiority.

Exclusion…inferiority. These are the terms with which the penultimate chapter of Negroland ends. They’re the terms which have defined Jefferson’s life—despite her career as a successful theater critic, book critic, and journalist.

Jefferson is an elegant writer. Throughout Negroland, she varies her tone: playful, sarcastic, matter-of-fact, despairing.

Whatever her tone, though, my response is the same. I’m appalled by how we whites let racial obsession rule us, even if unconsciously. I include myself: when I meet a person of color, my instinctive first interior response is to notice race.

So while reading Negroland, at the end of each chapter I prayed aloud “Lord, have mercy.”

Image above is from the cover of Negroland.