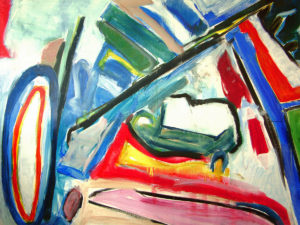 I have beauty on the mind. No doubt a result of my ongoing debate with Gregory Wolfe (running into its fourth iteration now). We’ve been chatting, lo these many weeks, about the relevance of the religious voice to contemporary debates on aesthetical matters.

When you’re talking about aesthetics, the question of beauty tends to rear its head sooner or later. This can be a scary moment. That’s because it’s hard to talk about beauty—hard, even, to define in any satisfying way what beauty is. Give it a go yourself if you don’t believe me. Define beauty.

The question of beauty has special relevance for the community around Image journal by virtue of the beloved/notorious tagline “Beauty Will Save the World.” I find this tagline delightful for two reasons:

One: Contemporary intellectuals more or less agree that it is extremely uncool to talk about beauty.

Two: Contemporary intellectuals more or less agree that it is extremely uncool to talk about saving the world.

A tagline as resolutely anachronistic as that must, therefore, be worth something. And it is. But that doesn’t make it any easier to define beauty or how, precisely, it might be invested with special world-saving powers.

A case in point. The critic and provocateur Dave Hickey published a book some years ago called The Invisible Dragon: Essays on Beauty. The way Dave tells it, the essays in the book came about because he was bored one day during a panel discussion (no great surprise there).

Suddenly, a graduate student directed a question at the near-slumbering professor. The student asked what the “issue of the nineties” would be (as I said, this was some years ago). Startled and ill-prepared, Hickey found himself uttering the surprising sentence, “The issue of the nineties will be beauty!”

Hickey recounts that his prediction was met with “uncomprehending silence.” Out of “sheer perversity” Hickey decided to wade into the silence. Something drove him on.

In what he later called an “update” of Walter Pater, Hickey followed up his absurd proposition with the following claim:

In images, beauty is the agency that causes visual pleasure in the beholder, and, since pleasure is the true occasion for looking at anything, any theory of images that is not grounded in the pleasure of the beholder begs the question of art’s efficacy and dooms itself to inconsequence!

What is interesting to note, first off, is that this idea of beauty causing visual pleasure links Hickey’s argument with the Thomist conception of beauty (see earlier discussion here for some background). Hickey thinks he got the idea from Walter Pater, but since Pater was trained, as a youngster, at The King’s School, Canterbury (this in the 1850s) you can be sure that strains of Scholasticism had worked their way into Pater’s malleable young mind.

So, Thomist notions of beauty infiltrated the thinking of Walter Pater, who amended them into his own peculiar (and oft-wonderful) post-Christian mélange. Those ideas were picked up by David Hickey who, in an ill-considered moment during a tiresome panel discussion, spat them out to an uncomprehending audience. So far, so good.

But here is the interesting, and disconcerting, part of the story. Having appropriated his Pater-filtered Thomist conception of beauty, Hickey went on to call his whole enterprise “cosmopolitan paganism.” In The Invisible Dragon Hickey defines cosmopolitan paganism as:

The gorgeous inheritance bestowed upon us by the pre-Christian societies of the Mediterranean whose idolatrous proclivities have never been obliterated or even subordinated in the Christian West. Nor are they likely to be. The vernacular of beauty is a part of that pagan inheritance.

Hickey goes on to talk about beauty as something that “involves” us in the physical world without any “transcendental attributes.” The attributes of beauty are, instead, of the human variety and as multiform as our experience. We grab up the differing attributes of beauty when and where we need them.

Hickey names some of those attributes as “novelty, familiarity, antiquity, autonomy, rarity, sanctity, levity, solemnity, eccentricity, complicity, and utility.” Hickey closes out his argument by calling for an approach to beauty that doesn’t seek to own it, “but to join it in a pagan embrace that closes the space between ourselves and everything beyond ourselves.”

The problem with this definition, for me, is that there is much about it to like. Beauty, as difficult as it is to define, does strike me as a force that “closes the space between ourselves and everything beyond ourselves.” But Hickey is happy to characterize this “space closing” as a “pagan embrace.”

Notice what Mr. Dave Hickey has done. He’s taken the Thomist aesthetic legacy, stripped out some of its theological baggage by running it through Walter Pater, and then gotten rid of the rest by reconnecting the idea of beauty with a pre-Christian, Mediterranean form of pagan cosmopolitanism.

Is there a Christian rejoinder to such a set of moves? Should there be? Have we been returned to the early days of Christianity, the pitched battles between pagans and Christians over who gets to set the terms upon which civilization moves forward?

It feels that way, sometimes.

And yet, one hopes that this time around the engagement can be something more of a conversation and less a pitched battle. In any case, it strikes me that this is a conversation we want to have; we are just struggling to find a language and context in which to do so.

The conversation as I envision it would begin by agreeing with much of what Hickey has to say, and then trying to go deeper. Because Hickey is on to something with his “space closing force.” Haven’t others tried to discuss the nature of this force—or, if you will, the call of this beauty?

The above image is by Fons Heijnsbroek, used with permission under a Creative Commons license.