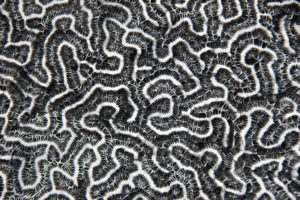 This post, which appears as the Editorial Statement in Image issue 92, is continued from yesterday.

“I consider myself a sort of portrait artist,” Carrère says, and his other books bear this out, but in The Kingdom most of the best portraits are of the bit players. Carrère’s rendering of Saint Paul, on the other hand, is straight out of central casting: a vain megalomaniac, a sort of Gnostic heresiarch eager to escape the world and eager for the Apocalypse.

With Saint Luke, Carrère is more generous, in part because he sees himself in Luke. The Greek physician is a cultured man, steeped in pagan tradition, “fond of anecdote and human traits; theology bored him.” Luke comes late to the party: the sayings of Jesus are already available in Mark’s Gospel, but Luke, with his gift for narrative, is impelled to weave his own version of both the Gospel and the early church.

The problem Luke faces, according to Carrère, is that there are too many gaps in the story, and so he has to do what many gifted contemporary writers have done in such circumstances: he invents. Carrère thinks Luke not only invented stories like the infancy narratives of Christ but that he was the ghost writer for the Epistle of James, since the presumably illiterate “brother” of Jesus could not have written anything.

Late in the book, Carrère pauses to justify his form of highly personal interpretation by contrasting his method with that of Marguerite Yourcenar, author of many novels, including the epic Memoirs of Hadrian. He quotes Yourcenar’s literary manifesto for her historical fiction:

Strive to read a text of the second century with the eyes, soul, and feelings of the second century; let it steep in that mother solution which the facts of its own time provide; set aside, if possible, all beliefs and sentiments which have accumulated in successive strata between those persons and us…. Keep one’s own shadow out of the picture; leave the mirror clean of the mist of one’s own breath; take only what is most essential and durable in us….

Carrère’s school of writing, he says, is more in tune with contemporary sensibilities. “Good modern that I am, I prefer the sketch to the grand tableau”—another baffling statement in light of his sweeping four-hundred-page tableau of Christianity’s first century.

Carrère says that he prefers his approach to “Yourcenar’s lofty and somewhat naïve claim to step aside and show things as they are in their essence.” But I am not convinced that Carrère is doing justice to Yourcenar’s vision. True, the mist of one’s own breath is always present in any form of writing, but Yourcenar’s call to read an ancient text with ancient eyes, it seems to me, retains an irreducible element of wisdom, a necessary call for the imagination to reach beyond the limitations of the present moment and one’s own fears and frailties.

Carrère writes: “I know nothing other than my own ego, and I believe that this ego exists.” There’s something robust and confident in these lines, but I confess that there are times when I’m less than sure about the existence of my own ego. I hardly think I’m alone in that. In the end I feel closer to a fourth-century writer who said: “When I encountered Christ I discovered myself a man.” Or to Martin Buber, who put it this way: “Through the Thou a person becomes I.”

If The Kingdom is a contemporary version of Augustine’s Confessions, a revelation to the world of an interior journey and a prayer that in examining both past and present selves there will be found both catharsis and renewal, it only partially succeeds. Late in the book, Carrère says that he is more embarrassed by his religious obsessions than he is of consuming pornography, so in one sense The Kingdom is trying to do two things at once: apologize to the secular intelligentsia for his odd weakness for religion and admit the continuing tug of the Gospel on his imagination.

But as maddening and unpersuasive as The Kingdom can be at times, it achieves moments of genuine pathos, and for me, at least, these are the times when the strange, unreasonable New Testament evokes something profound in him.

In a passage on the way that Jesus’s followers failed to recognize him after his resurrection, Carrère writes: “He’s what they had always wanted to see, hear, and touch, but not the way they thought they would see, hear, and touch him. He’s everyone, he’s no one. He’s the first to come along and the last to draw attention to himself.”

The book ends with a scene in which he is on retreat at L’Arche, the community founded by Jean Vanier whose mission is to serve the developmentally disabled by living with them in an intimate, home-like environment. At the conclusion of a worship service they begin to sing what he calls a “Jesus is my friend” hymn which he finds the quintessence of “religious kitsch.” Then a woman with Down syndrome named Élodie stands up.

Suddenly Élodie surges up beside me, dancing a sort of lively farandole. She plants herself in front of me, smiles, throws her arms in the air. She laughs, and above all she looks at me, encouraging me with her eyes, and there’s such joy in her look, such candid joy, so confident, so unburdened, that I start dancing with the others, singing that Jesus is my friend, and tears come to my eyes as I sing and dance and watch Élodie, who’s now found another partner, and I’m forced to admit that that day, for an instant, I got a glimpse of what the kingdom is.

Perhaps that glimpse of the kingdom is so powerful for Carrère precisely because it is not something he could invent; it’s not his sort of script. Perhaps, confronted with the true otherness of Élodie—with something given rather than willed—he is freed for an instant from the prison house of the modern, solitary self.

Above image by James St. John, used with permission under a Creative Commons License.