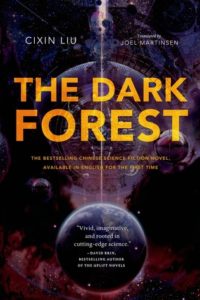 Did people feel a prickling in 1977, as if Bowie might be prophet? It’s not so hard to believe. Do people ever forget to fear burning to death once they’ve imagined burning in their beds, under their desks, in their basements?

I pretended to be my mom as a child when I played in her parents’ basement, taking deep breaths of the tang made by the marriage of steel and natural gas mercaptans, becoming her through the work of my bumpy nose passed down through three generations. I imagined growing up during the Cold War, thought of the waste of fear—horror accumulated in people even now—and of a future that prophets had painted vividly and thus stolen.

But there are dozens of ways to steal. Fifteen years ago, I walked along the bank of Hiroshima’s Ota River, and my only experience was noticing how my feet felt in congress with the ground, how my soles remember that feeling now.

“Who didn’t exist at the convergence of a thousand thousand stories? At the center of forces, circuits, relays…” thinks detective Larry Pulaski in Garth Risk Hallberg’s 900-page novel City on Fire, as he sits at the bedside of an eighteen-year-old girl shot twice in the head in Central Park on the first day of what David Bowie called the last year on Earth.

I’ve always associated the summer with giant books: post-college/pre-grad school in my basement apartment in Minneapolis’s Dinkytown, War and Peace perched on my legs, legs perched on my Goodwill couch, scratching down the line “Every reform by violence is to be deprecated, because it does little to correct the evil while men remain as they are, and because wisdom has no need of violence” as my coffee warmed on the stove.

In City on Fire, an English teacher tries to help his artist boyfriend get clean, a Jewish teenager learns about anarchy and hallucinates Jesus, a woman tries to distinguish wealth from evil as she helps her family, a journalist writes about a man who makes New York’s fireworks in a backyard shed, and a cop with a spine distorted by childhood polio seeks to understand a dead-end crime.

A few weeks ago, I walked to the library—down the great stairs built into the cliff, around the heart and vascular clinic—to start reading Cixin Liu’s Remembrance of Earth’s Past trilogy. It was a blisteringly hot day, especially moving down the limestone to the concrete, fuming city.

I was trying to sweat myself loopy, so that I would stop thinking Last month, my ___ tried to ___ herself twice. I couldn’t breathe in the blanks, or I’d start to breathe fast and shallow, fist at my solar plexus.

To put a word in the blank makes you visible, and to be visible makes you a bright light, an irrevocable call to the gaze under which you will be reduced to words, cushioned by no visible or certain story. Someone once called me a cipher, and it was the best compliment, one that meant I was safe.

Instead of loopy, I got heat exhaustion and the subsequent headache God sends as a promise that I ought never flood my hypothalamus with such fever again. And I still couldn’t catch my breath.

Don’t submit to acedia, I told myself. Don’t deny the joy that comes from God. Don’t deny the sadness or the discomfort. Certainty, that vivid prophecy of doom or delight, is a thief.

“They were everywhere he looked, suddenly, these kids who no longer believed in progress. And why should they? Progress was Watergate and Mutually Assured Destruction. Progress had looked on as tracts of jungle and thatched huts disappeared beneath a carpet of flame,” thinks City on Fire’s journalist Richard Groskoph as he looks at the strung-out kids carpeting the Bowery stoops.

I wonder at how we can have so many words, compared to the screaming toddler in line for pizza or the dog who wants to roll around in the grass for one more minute, and yet not be able to use them. It’s remarkably easy to speak about atrocities in a novel, as if to trust that the narrative makes the words fit perfectly into a life.

In The Dark Forest, the second volume of Cixin Liu’s trilogy, Earth faces a nearly certain doomsday 400 years in the future from an advanced alien species that monitors and subverts all strategies to prevent it. Four men are chosen as Wallfacers, and their destiny is to develop plans for Earth’s salvation solely within the secrecy of their minds. Luo Ji becomes the only remaining Wallfacer after the plans of the other three reveal they prioritize triumph over the continuation of human life.

Luo Ji’s plan is simple: He threatens to send the coordinates of the alien system out into the universe, thus raising the veil on the species’ invisibility. The premise is that knowledge of the existence of an other creates suspicion—what are they thinking about what I’m thinking about what they’re thinking?—that can only end in one destroying the other to end the uncertainty.

At its heart, the trilogy asks why we are alone (because to survive, you need to be so quiet that you become invisible), and at its spleen, it asks why certainty erases futures.

City on Fire’s Groskoph is supposed to be finishing his book on people obsessed with outer space in the 1960s and ’70s. He can’t stop thinking about how everything he sees in the city looks like an ending, and he searches without success for a theme to tie the age together: