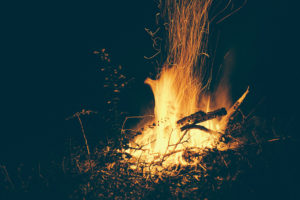 I don’t remember when I first starting reading Richard Wilbur’s poetry. But his death on October 14th, at age ninety-six, has returned me to my favorites among his immense output of poems.

At the top of my list, indeed one of my favorite of all twentieth century poems, is the magical “Love Calls Us to the Things of This World.”

The poem begins with the famous image of angels seen in the laundry hung outside to dry, to the person just waking and seeing this, “The morning air is all awash with angels.” As he wakens more, the angels seem to disappear, and the soul objects, crying, “Oh let there be nothing on earth but laundry, / Nothing but rosy hands in the rising steam / And clear dances done in the sight of heaven.”

Following this poem in the 1956 volume tellingly titled Things of This World is one simply called “Sonnet.” It is indeed composed in strict sonnet form. The octet images a farmer in winter, “his heavy body’s full consent,” but the sestet moves into an image of heaviness transformed, of “floating skyward… / In gestures of invincible desire.” In this poem, as in “Love Calls Us to the Things of This World,” transcendence touches and moves our everyday world.

Wilbur’s core vision, I’d say, was exactly this: a vision of transcendence within the stuff of ordinary life, within the “things of this world.” This was a bold vision in the mid-twentieth century, when secularism was at its height.

A practicing Episcopalian, Wilbur refused to suppress his beliefs in his poetry. Only rarely, though, did he write on explicitly Christian themes. Usually, as in the poems quoted above, he found creative images for his religious vision that were acceptable and engaging to a secular readership.

Take, for example, the poem innocently called “Juggler,” where Wilbur has the juggler “Swinging a small heaven about his ears” until “For him we batter our hands [in applause] / Who has won for once over the world’s weight.”

Wilbur’s other bold defiance in the mid to later twentieth century was to write formal poetry. Not always sonnets, certainly, but often with regular rhyme schemes and meters.

From T.S. Eliot’s 1922 The Waste Land through the next six decades or so, free forms were poetry’s accepted mode, and Wilbur was demeaned by academic critics for defying this norm.

We can see (and enjoy) Wilbur’s defiance in the 1987 poem “Alatus” (meaning “wingéd), on the falling of autumn leaves. The poem consists of ten verses, each of which is a haiku (as strict a poetic form as we have). And the poem speaks of the leaves’ “rash consent to change”… “Toward the hid pulse of things.”

More elaborately, Wilbur composed formal verse with an explicitly spiritual vision in the major poem “A World Without Objects Is a Sensible Emptiness.” In four-line stanzas rhyming A-B-A-B, he takes on the seventeenth century mystic Thomas Trahern’s search for God in “sensible emptiness.”

As David Impastato writes of this poem, in his invaluable anthology of contemporary Christian poetry, Upholding Mystery: Wilbur’s poem “rejects…desert spirituality, a striving for heightened consciousness by the shedding of attachment of all things of sense…and seeks instead the embodied spirit fully present to the sense, ‘shaped and borne’ like Bethlehem’s ‘light incarnate.’”

Here’s a taste of this boldly incarnational poem:

…auras, lustres,
And all shinings need to be shaped and borne.

Turn, O turn
From the fine sleights of the sand, from the long empty oven
Where flames in flamings burn

Back to the trees arrayed
In bursts of glare…

And the final verse:

Wisely watched for the sight
Of the supernova burgeoning over the barn,
Lampshine blurred in the steam of beasts, the spirit’s right
Oasis, light incarnate.

I don’t want to leave the impression that all of Wilbur’s eleven volumes of poems play with this theme. Far from it. Others that come to mind are his anniversary poem to his wife, “For C,” a profound reflection on long married love; “C Minor,” which I’ve previously blogged on; and his magnificent meditation on time and memory, “This Pleasing Anxious Being, in his 2000 collection, Mayflies.

Yet, for me, the final lines of Wilbur’s poem “For Dudley” sum up the core of his of his poetic spirit:

All that we do
Is touched with ocean, yet we remain
On the shore of what we know.