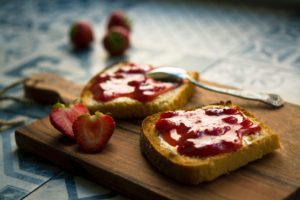 I was invited to write for the Good Letters blog at its inception over ten years ago because of my long-time interest in writing about the experience of reading poetry: how the poetry I read becomes intertwined with my life, and vice versa.

One such post, “This Solitude We Learn to Bear,” that reaches for poetry to aid my meditation was written while I was sitting in the park of a country town where my husband was preaching. That week, my healthy forty-seven-year-old neighbor had suddenly died of a heart attack, which naturally made me muse on our mortality. I was stuck in near-despair until, leafing through the latest issue of Image, which I’d brought along, I came to Bruce Bond’s poem “The Human Share.”

It images what Christ did for us, “crossing / over… into each particular heaven… / so that this solitude we learn to bear / keeps slipping forward, terrified as birth… / as if we too were / ever departing, arriving.” I ended the post: “I was helped by this: by the whole poem’s reminder that life in God has no mortality that isn’t also immortality, no terror that God doesn’t ‘cross over’ with each of us.”

In another post, reflecting on the suffering that’s our human lot, I turned to Naomi Shihab Nye’s poem “Breaking My Favorite Bowl.” A bowl accidentally smashed to bits is the poem’s metaphor for all the “afternoons” that “thud unexpectedly / and split into four pieces / on the floor.” I detailed some of the “broken” afternoons suffered recently by my friends, then used the poem’s image of “a voice so swollen [with emotional pain] / it won’t fit your ears” to reflect on how my friends and I do try to open our ears wide to each other’s pain.

I concluded: “One reason I can’t stop reading poetry is that it plays this role of the open ear that welcomes my swollen voice, while at the same time in turn it gives voice to my pain.”

But I don’t want to keep focusing on pain…or even on poetry. Because I’ve written many posts on fiction, as well, and on moments of joy. Usually whatever novel I’ve just read moves me to reflect on something in my own experience.

I’m recalling a post on an episode in Anne Tyler’s Back When We Were Grownups, where Poppy, the uncle of protagonist Rebecca, gives a speech at the party she has arranged for his 100th birthday.

Poppy meanders a bit, then starts listing with relish each moment of this “perfect” day, from waking (“sunshine on my bedspread”), through breakfast, into his morning shave, and eventually to lunch of a peanut-butter-jelly sandwich: “There’s something so satisfying about a p.b.j. done right. And this was done exactly right: the grape jelly smeared so thick that it had started soaking through, making these oozy purple stains like bruises on the bread…”

Most of the family has slipped out of the room by then, bored with Poppy’s endless details; but, as I wrote: “In a line that’s one of my favorites in the novel, Tyler tells us that ‘Rebecca was enjoying this. It was sort of like a report on what it was like to be alive, she decided.'”

I added: “Poppy’s caressing of each moment of his day is my model for how to live.” And “when I’m having a cranky spell, I return to Poppy’s speech. In fact, one reason I wrote this post is so that I’d have the speech in my computer.”

Writing for Good Letters over these years has become so integrated into my life that I can’t imagine living fully without it. It has given me a medium for musing on whatever comes my way that calls me to ponder, reflect, and wonder.

Years ago, when I was teaching Freshman Writing in colleges, I’d tell my students that you don’t really know what you’re thinking until you write about it. Good Letters has given me a venue for this process of thinking-via-writing, and I’m deeply grateful.

Another gift of Good Letters has been the cyber-community that has developed through the blog. I’ve been enriched by getting to know my fellow bloggers, our editor Cathy Warner, and the readers who comment on our posts. Some of those readers can even become friends.

For me, one stands out in particular: Maureen Doalles, who in the early years of Good Letters commented regularly on our posts. Maureen has a blog of her own, Writing Without Paper and in 2010 I wrote a post about it. After that, Maureen and I started emailing each other and have become good friends (though we’ve never met!).

When I began my writing career about forty years ago, I told myself that I wanted to write in order to find people to talk to, people with similar interests. In those pre-internet days, when print publication was our only medium, I scarcely ever knew who my readers were.

Occasionally a reader would write to me, and a couple snail-mail friendships did develop that way. But the cyber-world, and especially blogs, has changed that dramatically. Writers can have instant conversations with their readers via a blog’s comment-section. Young people probably take this for granted, but I don’t.

For me, forming connections, is one of the treasures of blogging for Good Letters.

Thank you for being part of that.