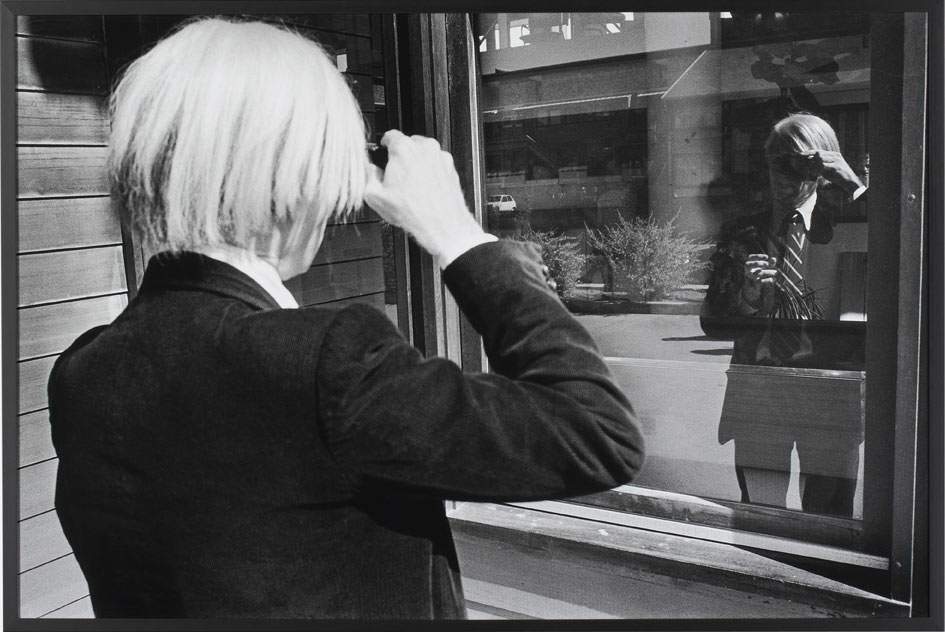 I have exchanged so much for the intensity of living in New York City: personal space, expendable income, welcome silence, a night sky full of stars. It is deliberate work to live here. The city constantly refashions itself, and so must its people. We develop methods and mechanisms for self-preservation. Some are brusque, others gracious.

But for a city widely maligned as godless, I’ve discovered the most robust, complex, and meaningful moments and expressions of Christianity here, marked by both profound hospitality and nuanced theology. The possibility of divine encounter and reflection can exist through a kind of disenchantment and distanciation required for living here. I’ve experienced that paradox of connection while disconnected. This is where, for me, the Deus Absconditus, the Hidden God, dwells.

Maybe that’s why I’ve taken Andy Warhol as one of my personal patron saints. Warhol embodies for me the paradox of external aloofness and internal intimacy required to thrive here. I find in him the deliberate, artistic cultivation of a particular attitude, a posture of grace and creativity, a strength informed by deep, personal faith. I see him—that iconoclastic icon and maker of icons, an Andrei Rublev for post-war America—as a holy fool through which to experience New York in all its grit and glory.

Remembering Warhol helps me to keep going, keep writing, keep being creative in this city. But what value and risk comes with such adoration?

At the recent Whitney retrospective, among Warhol’s celebrity portraits, shoe ads, and colorful cow heads, hung the foreboding and stark saturated red cross upon a black background, countless skulls, car crashes, and electric chairs. If you think this is “just” pop art, you haven’t paid attention to how serious it all is. Revelation, a new show at the Andy Warhol Museum in Pittsburgh, the first exhibition to “comprehensively examine” Warhol’s “complex” Catholic faith in relation to his artistic production.

Warhol was born and raised in Pittsburgh in the Byzantine Catholic Church; he learned early the religious power of images and the power of religious images. Later, working in Madison Avenue advertising and the New York art scene, he drew intuitively, if not intentionally, from his Catholic visual vocabulary. He appreciated the strange profanity of America: its mass production, the appropriation and recycling of symbols, the elevation of and devotion to brand, the conflating of meaning and value.  Knowing Warhol’s religious background makes all of his art more arresting; he transfigured the ordinary and the mundane.

But religion wasn’t just in the background for Warhol. He quietly attended Mass in New York at 66th Street’s St. Vincent Ferrer and fed the homeless at Fifth Avenue’s Church of Heavenly Rest until he died.

He returned to religious subjects later in life, a man obsessed with his own mortality; he was working out his salvation in fear and trembling. He took the common postcard of piety and reproduced it, exploded it into a larger-than-life canvas of DaVinci’s Last Supper. He gave us our American Jesus, mass-reproduced and manufactured, still iconic, but one brand among many. Eventually, Jesus became the meditative, obsessive focal point of his work.

In 1986, he finished his work Sixty Last Suppers, a canvas of ten-by-six horizontal silkscreened panels, each one slightly different. It’s as if he was repeating the Lord’s Prayer over and over. Still, there were others. Here it is, silkscreened with green camouflage. Here it is, with the General Electric, Dove Soap, and Wise Potato Chip logos. By the time of his death he’d completed more than one hundred works based on The Last Supper. It was also his last completed work.

In his eulogy in St. Patrick’s Cathedral on April 1, 1987, John Richardson described Warhol as a holy fool, “a yurodstvo – one of those saintly simpletons who haunt Russian fiction and Slavic villages.”

Still, it’s no secret that Warhol exploited and documented for his own gain the vulnerability and fragility of those around him. Racism, misogyny, patronage, and clout rear their ugly heads. Warhol was often indifferent towards the psychological state of his “collaborators.” He exploited young Jean-Michel Basquiat, in what appeared to be an attempt to bolster his own sagging career and achieve new relevance. In his own diary, Warhol confesses that he dismissed with a laugh Basquiat’s threat of suicide, blaming his anguish on a lack of sleep. He snapped Basquiat’s photo during that conversation. Does taking the time to capture the episode twice feed some inexcusable need within Warhol to digest this vulnerability and despair?

His muse Edie Sedgwick suffered similar unkindness that contributed to their famous falling-out. Seeking to evoke a raw reaction during a film shoot, Warhol shouted at a topless Sedgwick the same verbal abuse her abusive father had unleashed. At another shocking moment, he wondered if she would let him film her suicide. If this denigration was not specifically sexist, it was certainly exploitative.

I realize that I construct Warhol as a religious icon at the risk of idolatry, ignoring both the mirror I make for myself and the ugliness within his own humanity. I can’t ignore or excuse his behavior. Our hagiographies risk dangerous erasures at our own peril. If our saints are to be our mirrors, we must allow them to be as human as we are. Our saints aren’t to be sinless, but rather forgiven.

After all, to canonize is to romanticize, to fetishize, to idealize, to sanction one’s desires and aspirations. In the course of our Christian formation, we learn what a saint embodies and models for our own faithful, flourishing lives. Hagiographies are written and icons painted for us, not for our subjects of veneration. The saints have no voice in the matter; they’re all dead before we transform them into the impossible. Fame, after all, is about impossible things. And yet, when saints become our mirrors, we risk hardening them into idols. In doing so, we harden ourselves against opportunities to encounter God.

Here dwells the uneasy tension between the public and private stories that we thrust upon our saints and the lives they actually lived. The more we dwell in an omnipresent, media-driven world, the more difficult it is to control the narratives of saints’ lives. A certain amount of messiness of our saints’ lives make them more human and relatable. But how much should we accept? What happens when we discover our saints were uncharitable and inhumane?

This is a beckoning question of icons: Now that you have encountered what is beyond the image, what will you do next? We cannot turn away from icons unchanged. Such are icons.

There is no way to untangle Warhol’s social veneer and private piety. And thus he reveals himself to be all the more human. Warhol, who still haunts New York to this day, remains as saints ought to be: forever inscrutable, forever in our imaginations.