the nuthatch, the nighthawk, the warbler in
—————eleven
-—kinds. And that’s when we began to

understand because it wasn’t normal, wasn’t
—————what you
-—expect to find, the eaters and the likely-

to-be-eaten in a single frame. Despised
—————the ground,
-—our poet says, intelligent of seasons. And

the sixth day too, when creatures of the earth
—————began to walk
-—the earth, proposes a thought-scape of

nothing-needs-to-die-that-I-might-live.
—————But that was
-—then and in the painting it is more

like now, desiccated needles on a desiccated
—————branch. If creation-
-—with-pinions appears to fly below as well as

in the sky, that’s simply a trick of vantage point,
—————the better
-—to accommodate the interlocking logic

of the whole, as when
—————eternity
-—is broken into pieces we construe as plot.

So timber wolf and white-tailed deer and indigo
—————bunting below
-—which is to say between, perspective

having turned the three dimensions into two,
—————all of them
-—fleeing, right to left, as from (since they, who

are intelligent of seasons, are the first to know) from
—————imminent
-—disaster, which has made the lesser enmities
—————moot.

When I was a child it was the numbers I couldn’t
—————get out of
-—my head, so many billions, so little time

lying down, could fit? I didn’t think water or waste
—————or work,
-—I just thought how many standing and how

many minutes the others would get to rest. Only later
—————did
-—the obvious answer occur to me: I won’t

be here, and then the panic would stop. But have

I now seen death he wondered and the angel said,
—————you’ve scarcely
seen its shadow, look: the winged ones, furred

ones fleeing from right to left, as from the
—————names that you
-—in all your fond first powers bestowed.

There was water in the reed beds (think of it,
—————water still), the sun
-—still rose, the snail-foot exuded

its mucus. And then the angel pulled, just slightly,
—————on one of the threads
-—composing the linen

the painter had tacked to his stretcher. What is it
—————you love
-—that has not been ruined because of you. 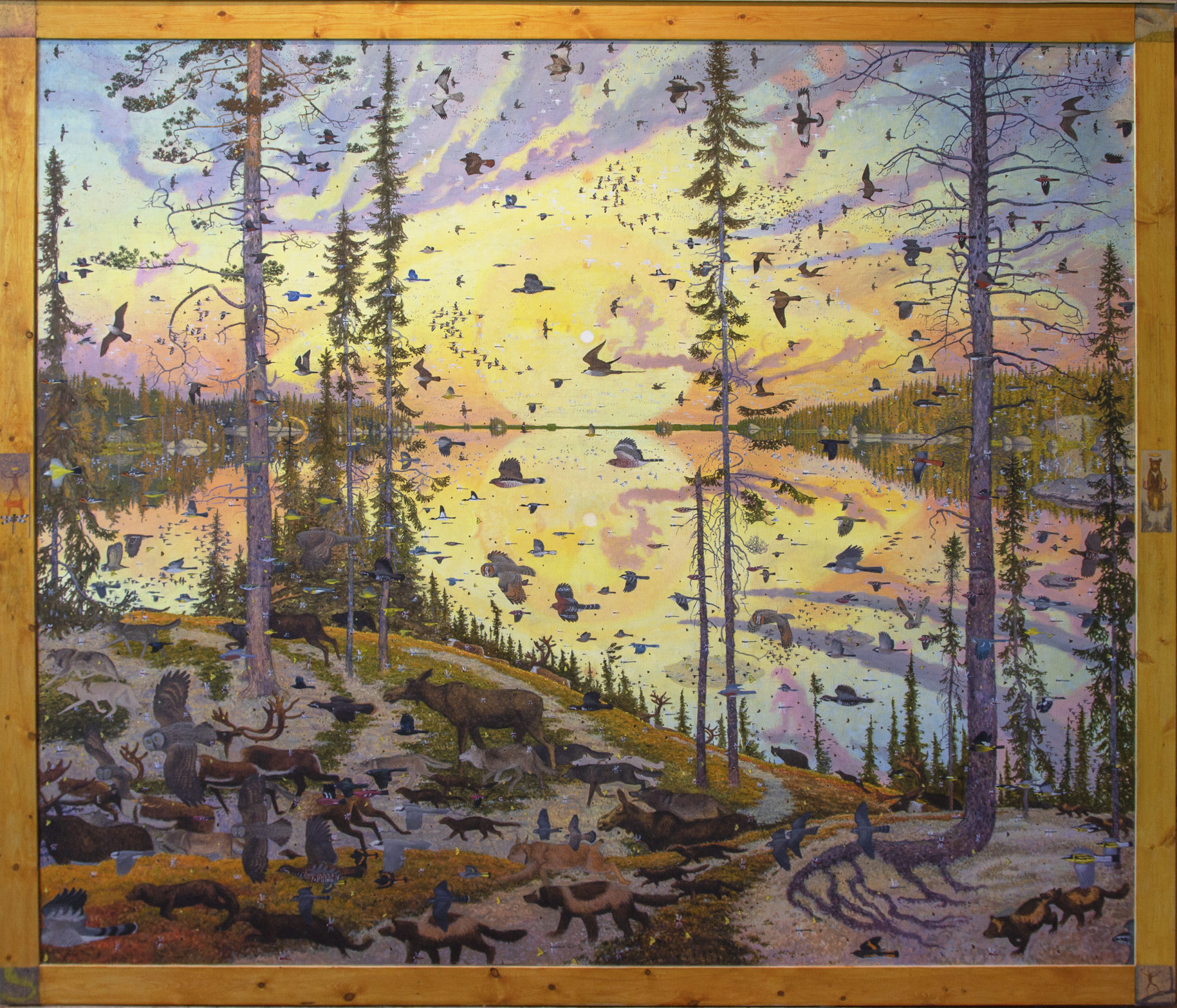 Linda Gregerson’s new book of poems, Canopy, will be published by Harper/Mariner in March 2022. She directs the Helen Zell Writers’ Program at the University of Michigan.

Tags: Linda Gregerson Not So Much an End as an Entangling Tom Uttech