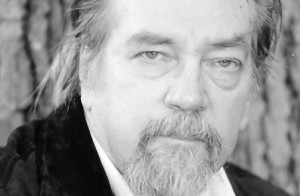 Dick Allen has long been at the center of the movement known as Expansive Poetry. While it may not be as catchy as, say, “Beat,” the word “expansive” has all the right connotations: in particular, a widening of vision and spirit. The Expansivists reacted against the narrowly autobiographical and confessional nature of much late-twentieth century poetry. As Allen explains: “Expansive Poetry’s emphasis on significant content, strong narrative and dramatic elements, and a renewal of variations of traditional forms, say its poets, once again expands poetry’s reaching out to a wider, more general reading audience.” In moving away from the claustrophobia of narcissism, Allen’s own poetry allows room for a lot of things: history, nature, mores—even, from time to time, God. There’s something robustly Falstaffian about Allen’s expansive horizons: a capacious appetite for the world, an endless stream of cock and bull stories, a relishing of the bustle of our common life. In his poetry, there’s plenty of room for all of us.

Dick Allen grew up in the Adirondack foothills village of Round Lake, New York. At the end of his freshman year at Syracuse University, he took trains and buses and hitch-hiked around America—on the first of what many years later would become annual cross-country trips that provide much of the imagery of his poetry. He received his M.A. at Brown University, winning the Academy of American Poets Prize judged by Edwin Honig, Daniel Hughes, Charles Philbrick, and John Hawkes. He taught at the university level for many years, retiring early in order to listen to baroque and country music and write poetry full time. His poetry collections include the pop epic Anon and Various Time Machine Poems (Dell), Regions With No Proper Names (St. Martin’s), Overnight in the Guest House of the Mystic (L.S.U., an N.B.C.C. Award Final Nominee), Flight and Pursuit (L.S.U.), Ode to the Cold War: Poems New and Selected (Sarabande Books; the runner-up for the W.C. Williams Poetry Award ), and 2003’s The Day Before: New Poems (Sarabande Books). With his lifelong concern to expand contemporary poetry’s themes and subjects, Allen co-founded the Expansive Poetry Movement, editing the defining issue of Crosscurrents with which the movement was launched. Recently, he has been writing and publishing poems in what he calls “Randomism,” a new form of the lyric-narrative. He has received Poetry‘s Union Arts and Civic League Poetry Prize, the Caroline Davis Poetry Prize, Hart Crane and Robert Frost Poetry Prizes, and Poetry Writing Fellowships from the N.E.A. and Ingram Merrill Foundations. His poems appear widely, in four volumes ofThe Best American Poetry, numerous national anthologies, and in such magazines as Poetry, The Atlantic Monthly, The New Criterion, The Georgia Review, The Yale Review, TheHudsonReview, Boulevard, The Ontario Review and The Sewanee Review. He lives with his wife Lori (poet L.N. Allen) in a small cottage a stone’s throw from Thrushwood Lake, in Trumbull, CT. Their daughter is a free-lance writer and their son a United Methodist minister.

My ongoing project is to learn how to be again, to find calm, without the daily stress of a lifetime fifty or more hours a week given to teaching and politics at a small and financially stretched private university. I’m learning to define myself as one-who-walks-through-old-forests, one-who-studies-the-color-blue, one-who-listens-to-highways, rather than as one who perpetually lectures and grades papers. More than ever, I’m trying to write poems that (through free associations, surrealism, small stories and anecdotes, snatches of dialogue, ellipses, combinations of formal verse and free verse, the personal and the universal, and other inclusions in a style of the lyric-narrative I call “Randomism”) try to bring the extremely complicated contemporary world of religion, history, politics, science and technology, wars, computers and the like into “expansive” poems. I’ve finally completed The Space Sonnets, a 207 sonnet narrative sequence about a monastery of the Future, built around a telescope and beside a Time Machine. I’ve about finished my next collection of individual poems, perhaps to be called A Touch of Strange, and am trying to get up courage to take two or three years in writing a religious epic quest poem, merging elements of Eastern and Western religion (primarily Zen Buddhism and Judeo-Christian), which I’ve been researching for five years. My wife and I will continue to drive around America each year. We’ll listen to the States, play Bach to wheat fields, and praise when and what is possible. Oh, and drink V-8 juice from those little cans.