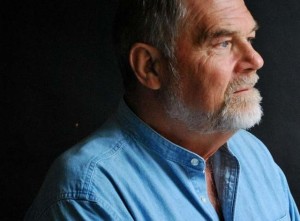 Few poets write about the human body, in all its grace, frailty, and absurdity, with as much tenderness as Sydney Lea. In his poems, the body is the canvas on which our biographies are painted, the playing field of life’s battle. His voice is plainspoken, earthy, even casual, but as the poems develop (they’re often on the longer side), the humble language reveals a delicate, carefully weighed theology: In Lea’s eyes, the quirks and vulnerabilities of the human frame lie close together with its beauties and strengths. And in these homely shapes of ours, the sacred lurks everywhere. It’s through bodily weaknesses that grace finds places to lodge in us. Lea’s language tells the same story: it’s blunt, frank, and grounded in the ordinary (and in the flinty soil of New England ), but as with the human frame he writes about, it’s in this plainness that the sacred lodges, through simplicity that the picture emerges. Against that spare background, beauty flares out all the brighter. Also a fiction writer, memoirist, and founder and longtime editor of the New England Review , Lea has been a generous contributor to the world of American letters.

I have published eight collections of poetry, most recently Ghost Pain (Sarabande, 2005); two collections of nonfiction, the latest A Little Wildness: Some Notes on Rambling (Story Line, 2006); and a novel, A Place in Mind. I founded and for thirteen years edited New England Review, have received fellowships from the Guggenheim, Rockefeller, and Fulbright foundations, and have taught at several European Universities as well as at Yale, Wesleyan, Middlebury and Dartmouth Colleges. I currently teach poetry to graduate students at Dartmouth. A book of selected poems appeared this year in Slovenian translation, and my literary essays will appear in Croatia in 2007.

“I have lately finished a manuscript of poems, my ninth, entitled American Dream. I also recently published my second volume of literary-naturalist nonfiction and a long essay, and I intend to be doing some more nonfiction over the winter. In addition to this, I hope to finish at long last a second novel, entitled Now Look. The older I get, the more the scriptural injunction against taking thought for the morrow makes sense to me; at 64, I have never felt so devoid of ambition in the careerist sense nor more free to write as I, or some power, may will.”