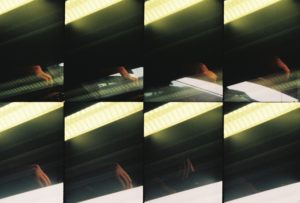 Tootling around on Twitter, I’ve come upon a delightful community of poets. Their hashtag is #micropoetry. What these writers have realized is that Twitter’s restriction of 140 characters can be a stimulating challenge to finding just the right words to express concisely an impression, an experience, a thought.

Much micropoetry on Twitter seems to be images from the natural world. While many of these poems are clichéd, some have a freshness. Here are three, from different tweeters:

The second most popular category seems to be love poems. Alas, most are sentimental. But I do like this one:

Smiling / smelling the scent of mandarin and coriander / I realize / he showered / using my body wash.

Then there are many that are downright fun. Four of my favorites:

Family get together / my aunts complaining / about their corns

sitting in a bar / wearing old friends / like a comfort blanket

The haiku traditionally draws on images from nature, as in the poems above. But it doesn’t have to. Look at these:

I walk through shadows / of events that never were, / and never can be.

There is a reason / most truths are in dark clothing / wearing sunglasses.

Speaking of truth, other micropoets are commenting on current events. I like the clever end-rhyming in this poem on our election season, posted in early October:

of late / we truncate / true debate / head straight / to hate

And this one from October 8th, honoring the women who were on the boat that aimed to break the blockade of Gaza:

Checking in from time to time on #micropoetry, I always find it heartening that so many people want to work with the craft of shaping words. Before Twitter, there were certainly countless nameless poets: people writing poetry for themselves and a few friends. Writing it just because of the mysterious satisfaction of taking our most common means of communication—verbal language—and molding it into a carrier of meaning beyond the words’ bare definitions.

But then came this gift of the Internet. On Twitter, these people who love language can instantly form a community, have an audience, receive responses, sometimes play off of each other’s lines.

To my mind, it doesn’t matter that much of the #micropoetry is hackneyed. What matters is that people seek outlets for their creative impulses. The marvelous truth is that creativity is so deeply part of who we are as humans that it will take any new medium as its material.

Naturally, then, some of Twitter’s micropoetry celebrates poetry itself.

On Poetry: as she stepped into / my little cup of life / all my past spilled over

And this delightful self-mocking poem, teasing about Twitter itself: