Though the year of 2016 was a weighty year for politics and world events, it was also a great year for movies. The Arts and Faith Ecumenical Jury of 2016 has compiled a list of ten excellent films we found to be especially noteworthy. This year’s thirteen jury members include professors and pastors, professional film critics and passionate cinephiles, diverse in location and tradition, yet united through the Christian faith. Each member also chose one Honorable Mention, highlighting a personal favorite not included in the final list.

While last year’s list had a decidedly international flavor, this year’s list varies in genre and tone—the #10 film is a partially-animated documentary, while #1 is a cerebral sci-fi drama adapted from a short story. No film on our list falls under the “faith-based” subgenre, yet many of these stories are decidedly Christian. Featuring Jesuit priests on a faith-testing mission in seventeenth century Japan, a Christian youth worker coaching a chess club in Uganda, and a Catholic Hollywood producer trying to save a filmic “tale of the Christ,” Christianity is a common thread.

These films both confront and affirm our faith; none are “easy” stories, and each invite spiritual contemplation and consideration. Yet it’s also worth noting that our list is quite mainstream. These are readily accessible films, ones you could find in a local theater or via streaming platforms.

Whether telling the inspiring true-life tales of overcoming agonizing trials, or ambitious and imaginative fictional narratives, this is a list of particularly challenging films. The Ecumenical Jury’s vision is “to challenge, expand, or explore what it means to specifically recommend a film for Christian audiences.”

Here are the top five films in the Art and Faith Ecumenical Jury’s top ten films of 2016 list, as well as Honorable Mentions selected by each jury member: 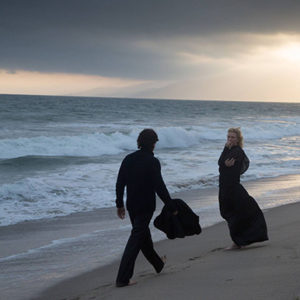 Knight of Cups is as pure cine-poetry as it is still being released in theatres. Here we’re witness to a cold, sterile beauty, filled with wide-open spaces in L.A. bursting at the seams with negative space. The people who inhabit those spaces may as well be ghosts, ceasing to exist as soon as we glide past them, hovering on the periphery of Rick’s (Christian Bale) sphere of consciousness.

The film unfurls around Rick, a rich and famous screenwriter, in an existential struggle for him to come to terms with meaning in his life, shambling along like Christian in The Pilgrim’s Progress. Presented with Malick’s typical beauty, the film is incredibly rich, from using recurring visual motifs as grace notes and alliteration, to its symphonic swell that seems as if the film has tapped into the same sensory majesty of music.

The film plumbs the depths of Christian despair and hope, wrapped up in an all-encompassing personal story told without affect or confines of contemporary cinema. 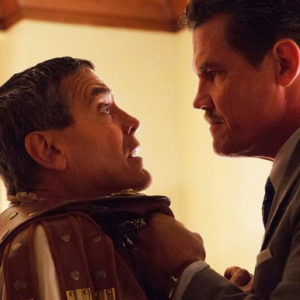 There were several movies about Jesus in 2016, each of which tapped into a different genre—the detective work of Risen, the family road trip of The Young Messiah, the spiritual drama of Last Days in the Desert, the epic action of the Ben-Hur remake—but the first and arguably most interesting of the lot was this delightful send-up of 1950s Hollywood, which not only paid homage to a wide range of genres itself (musicals, Westerns, romances, and of course biblical epics) but raised fascinating questions about politics, theology, and the intersection thereof.

The scene where a studio chief asks a Catholic priest, an Orthodox patriarch, a Protestant minister and a Jewish rabbi if his film’s depiction of Jesus “cuts the mustard” is as amusing as it sounds—and it is also one of the most surprisingly theological moments in any movie put out by a mainstream Hollywood studio this year. 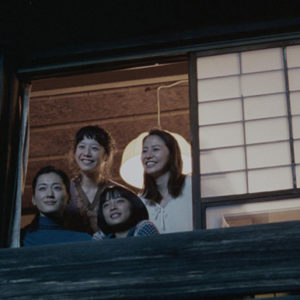 How far do the bonds of family extend, and what responsibilities do those bonds entail? When three sisters learn of their father’s death, their answer to those questions is to adopt their half-sister Suzu (Suzu Hirose) whom their father sired after abandoning their family.

As we watch the four sisters adjusting to life together, the film gives us several wonderful portrayals of compassion, respect, and mercy. The older sisters are slightly hesitant to attend their father’s funeral, and Suzu feels some guilt, since her existence is a reminder of a father abandoning his family. However, the gentle, life-like, and mostly conflict-free nature of the film reinforces the commonality among all four sisters, and it also builds to a wonderful climax of forgiveness and grace that emerges as a result of the heartbreak and loss which initially devastated the family. 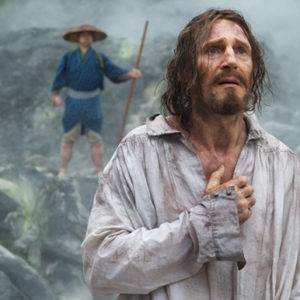 The outcome of Martin Scorsese’s long quest to bring Shusaku Endo’s masterpiece to the screen is a work as powerful, and as difficult, as the source material.

Andrew Garfield and Adam Driver play the Portuguese Jesuits who go to seventeenth century Japan in search of their mentor (Liam Neeson) who reportedly apostatized. There they encounter a horrifically persecuted Catholic community—and an urbane but ruthless inquisitor (Issey Ogata) for whose methods nothing in their tradition has prepared them.

Cinematographer Rodrigo Prieto paints the Japanese “mud-swamp” as a world shrouded in mist and shadow, overgrown with dense forests. What does Christianity mean in this world? Endo and Scorsese ask questions but offer few answers. 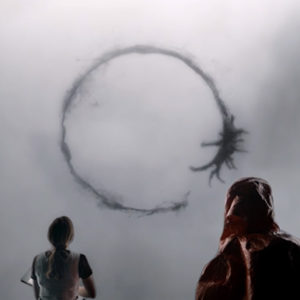 Denis Villeneuve’s Arrival, based on Ted Chiang’s short story “Story of Your Life,” explores the question of how our perception of the world might be shaped by the very tools that we use to understand it, especially that tool most central to human understanding of the world—language.

After the sudden arrival of twelve spacecraft of extraterrestrial origin, a linguist Louise Banks (Amy Adams) is recruited to perform the ultimate act of translation: learning the aliens’ language and finding out what they want. Aided by physicist Ian Donnelly (Jeremy Renner), Louise seeks to uncover the alien’s purposes before nervous governments and human distrust lead to violent confrontation.

While Arrival is refreshing for the ways that its plot emphasizes mutual understanding over violent confrontation, it’s most daring and original idea is rooted in speculative linguistics (based on the real-life Sapir-Whorf hypothesis). As Louise learns more of the heptapod language, she finds herself changed by it as it transforms her perception of reality.

The film takes full advantage of cinema’s ability to shape our perception, subverting the interpretive tools most filmgoers have developed to mirror Louise’s own transformation of experience.

Arrival is ultimately both a philosophically rich and deeply moving piece of filmmaking. Like many of the best science fiction stories, it asks us to consider how we are shaped by the very tools we use and speculate on possible alternate configurations of experience.

Even more daring, Arrival asks us to consider how our perception of the world contributes to the value and meaning we attribute to life itself, and how freewill and determinism might not be entirely divorced understandings of our experience of the world.

Each jury member was invited to list one additional film from 2016 to recommend to Christian audiences: