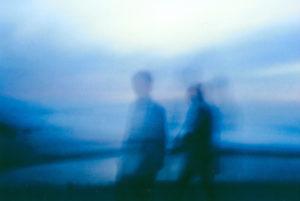 Van Gessel has been Shūsaku Endō’s primary English translator since the 1970s. He has translated eight of his novels and worked as a consultant on Martin Scorsese’s adaptation of Silence. I asked him about the previously untranslated Endō story in Image issue 92, and about what Endō’s work has to say to the West.

Image: Can you tell us a little about the history of the story “Hymn to the Blessed Mother”? How did you first come across it?

Van Gessel: After I translated Endō’s 1980 novel, The Samurai, into English, I was waiting for him to complete his next major novel, which turned out to be Scandal (1986). But I wanted to keep making new translations available to his growing reading public, so I came up with the idea of putting together a collection of his short stories. In consultation with Endō, I drew stories from the 1960s and 1970s, and in one collection of his stories I found this one.

I loved it when I read it, but some of the stories already chosen for translation were similarly framed, with the present echoing the past, so we decided not to include it. But I’ve used the story in some of my Japanese classes for many years, and when Image contacted me about including a yet-untranslated Endō story, I thought immediately of this one, both because it is such a rich story and because one of my students, Aaron Cooley, did a fine translation of it for my class.

Like “Mothers” in the Stained Glass Elegies collection, the story shows Endō questioning the strength of his own religious faith.

Image: Our feeling is that Martin Scorsese’s Silence was an extraordinary film that never quite found its audience here in the US. Do you have any theories about why that was? (And do you know anything about how it’s been received in Japan, if at all?)

VG: I think it’s tragic that the Silence film was seen by so few people in the US. I doubt the distributors had much faith that it would be a moneymaker, so they did little to promote it.

I’m afraid it’s a sad commentary on the film-going audiences these days who are looking only for escapes from reality. They would much rather see cars crashing and exploding than experience a profound meditation on faith and doubt created with such loving care by our greatest living movie director. I agree with those critics who called it Scorsese’s masterpiece, and I think people who truly love the cinema will discover it in coming years with a sense of awe and appreciation.

The film was actually quite well received in Japan. I think the Japanese were flattered that a director of Martin Scorsese’s stature was interested in adapting one of their great postwar novels.

Image: In many of his novels, Endō has grappled with the problem of translating western Christianity into Japanese culture. When you look at the body of his work as a whole, from Silence to later works like Deep River, do you see a progression or evolution there?

VG: There is certainly an evolution in his thinking about the relationship between western Christianity and the spiritual traditions of Japan. Silence represents his first major attempt to create an image of Christ that could be accepted by Japanese readers: a motherly figure who always walks beside his followers, sharing in their pain and never abandoning them.

In The Samurai, the title character learns toward the end of his long journey that no earthly person or institution—whether political or religious—can be counted on to offer support when it is not in their interest, and that only the “emaciated man” he has seen hanging on the crucifixes in European homes and churches understands his suffering and walks with him as his “attendant.”

And of course, in Deep River, Endo opens up his vision to include Asian religions that offer comfort to the afflicted through deified images of a suffering Mother. I think the image of Otsu, a disenfranchised Catholic priest who dresses in the robes of a Hindu ascetic and carries the bodies of the dying to their final resting place in the River Ganges, is one of Endō’s most affecting creations.

Image: What do you think Japanese Christianity has to offer or say to American Christianity?

VG: For starters, Japanese Christianity provides a reminder that the religion was neither started in Europe nor does the West hold proprietary rights over its application in non-western lands. The novels from Silence to Deep River offer an alternative to a simplistic image of a glorified Christ.

As the renegade monk in The Samurai says, “…the life He lived in this world was more wretched than any other man’s…. He could not close His eyes to the grief and agony of mankind. That is what made Him emaciated and ugly…. He understands the hearts of the wretched. He knows the agonies of those who die a miserable death, because He died in misery.”

Japanese Christianity, which, I must say, has been clearly influenced by Endō’s vision, reminds believers that their Lord understands their sufferings because he descended below all of them.

Image: Is there anything in Endō you think is untranslatable? Anything you wish you could show western readers but aren’t able to?

VG: I wonder that myself sometimes. Endō was extraordinarily prolific, so there is still a great deal that hasn’t appeared outside Japan. My most recent Endō translation, Kiku’s Prayer, went virtually unnoticed by critics and readers alike. I should, of course, point out that it was published in 2013, long before Scorsese returned Endō to public notice.

Although I have toyed with the idea of translating a couple of Endō’s humorous works, I don’t know that readers who view him only as a “serious” writer would find them of interest, or even acceptable. And he has some splendid historical novels that are so full of details that only Japanese readers might be familiar with that they perhaps qualify as untranslatable.

Should I take the tepid response to Scorsese’s film as a warning that the kind of novels Endō writes are no longer what people in our all-but-fully secularized world want to read? I sincerely hope that’s not the case.

Above image by Akio Takemoto, used with permission under a Creative Commons License.