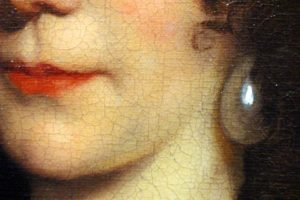 Today philosophy professor Santiago Ramos steps in with the last word (we think) of “The Beauty Dialogues,” a periodic exchange between Image contributor Morgan Meis and Image founder Gregory Wolfe.

For a while now I have borne the fearful hunch that sooner or later, Image would have to confront Immanuel Kant. A journal whose reason for existing rests on the idea that beauty is a source for personal redemption and cultural renewal—in other words, the idea that “beauty will save the world”—would have to eventually come to terms with the aesthetic theory that has provided the framework for Western thinking about beauty in the last three centuries.

For this reason, I was happy to read that Morgan Meis had at long last set the stage for this confrontation in his most recent installment of his ongoing dialogue with Greg Wolfe about beauty. However, I don’t agree with his take on how Kant’s theory poses a challenge to the idea that beauty has a “salvific” power.

Meis argues that Kant’s theory poses such a challenge because it disentangles aesthetic judgment from all other types of judgement; beauty must become its own category. This disentangling has radical effects for the history of beauty: “Kant’s argument basically collapses both poles of the Christian/Greek approach to beauty,” because while the Christian links beauty judgments with spiritual ennoblement, the Greek approach links it to sensuous pleasure or (in Plato’s special case) to the intuition of the divine forms.

Post-Kant, we must contend with an aesthetic realm that is completely autonomous.

But beyond showing how Kant makes a space for beauty beyond the Christian/Greek synthesis, Meis misses the mark in pinpointing exactly how such a disentangling poses a challenge to Image’s creedal notion that “beauty will save the world”—a notion that does not, in my view, need to be founded in classical metaphysics.

On the contrary: Kant’s theory, by distinguishing beauty-judgments from all other types of judgments, does not necessarily separate beauty from any sort of relationship with the good, or even the divine. What it does do is complicate the relationship between these realms.

The classical metaphysical analogy between the beauty of the divine and the beauty of humanity and the beauty of nature—the ecstatic path from worldly beauty to divine—becomes impossible if one accepts Kant’s overall critique of metaphysics, as well as his notion of beauty as somehow always involving the observer, rather than being only (if at all) an attribute of an object.

However, even within Kant’s theory, there lies the possibility for beauty to “save the world.” For one, beauty, since it provokes “disinterested” contemplation on the part of the observer, prepares that observer for the type of disinterested regard for moral duty which Kant believes is necessary for a truly moral existence. But more importantly, it’s the universality of aesthetic judgment which gives Kant’s notion of beauty its “salvific” nature.

For Kant, the judgment that something is beautiful is both subjective and universal: subjective because it is grounded in the subject’s experience of the object’s beauty, rather than on any objective attributes; universal because it claims to be true for all subjects. Therefore, when I claim that Beethoven’s Ninth is beautiful, I am both speaking about an experience of the piece’s beauty which can’t be put into words or concepts, and which (I claim) is true for all humanity, regardless of culture or creed.

So what is the basis for the truth of my claim? Kant says that this basis lies beyond the sensible world:

As for the subjective principle—i.e., the indeterminate idea of the supersensible in us—as the sole key for solving the mystery of this ability [i.e., taste] concealed from us even as to its sources, we can do no more than point to it; but there is nothing we can do that would allow us to grasp it any further.

In order for me to justify my judgment about Beethoven’s music, I can do nothing more than point to the music itself and suggest that you listen to it until you see that I am right.

Philosopher and political theorist Hannah Arendt has argued that Kant’s notion of the universality and subjectivity of aesthetic judgment has opened up a ground for a new type of politics, a sort of politics of solidarity that depends on what she calls the ability to “visit” other people’s aesthetic judgments. I must be able to put myself in the shoes of another; to use my imagination to judge like another.

If I want to know why Gregory Wolfe loves Flannery O’Connor, I must learn to approach O’Connor’s work with Greg’s own mind and spirit.

Arendt links visiting to an “enlarged mentality,” a capacity to encompass thoughts and points of view alien to one’s own: “To think with an enlarged mentality means that one trains one’s imagination to go visiting.” In practice, this means more than a capacity for empathy. It means that I must learn to abandon my own prejudices for those of another:

To accept what goes on in the minds of those whose “standpoint”… is not my own would mean no more than passively to accept their thought, that is, to exchange their prejudices for the prejudices proper to my own station.

The usual voices arguing for beauty’s “salvific power” are those of Dostoyevsky, Solzhenitsyn, and von Balthasar: voices largely informed by the perennial theology of Eastern Church. But it is striking that also within the more recent tradition of Western modern thought, Arendt has found, in the form of aesthetic judgment itself, a source for cultural solidarity and, therefore, hope.

No matter how it is conceived, beauty always seems to yield good fruit.

Because of this, I see the challenge to the notion that “beauty will save the world” coming not so much from Kant but from those thinkers who attacked and relativized Kant’s notion of judgment, and its attendant idea of aesthetic “taste.”

The most notable of these is Pierre Bourdieu, who argued that Kant’s idea of taste is not so much grounded in universality as in class privilege. This type of critique ultimately leads to an emptying-out of the idea of beauty (which even the Marxist editors of n + 1 have lamented). Similar critiques have also come from feminist theory, such as Naomi Wolf’s The Beauty Myth. These challenges to the idea of beauty can’t be easily dismissed.

Perhaps this is a better way to frame our present challenge: not only (as Meis puts it) to “look for spiritual principles in art in completely new and different ways,” but also to restore the validity of beauty itself, as a phenomenon which is morally positive rather than morally suspect. Once we have restored beauty, all the rest will follow.

Santiago Ramos teaches philosophy at Boston College, where he completed his doctorate in 2015. His work has appeared in Commonweal, First Things, Salon, the Pitch, and Image.