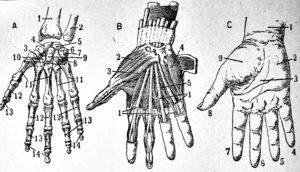 It is Martin Luther King Day, and I muse about how my relation to African-Americans has been shaped over the years.

When I was a child, my father would sometimes take me into work with him on Saturdays. He was a physician at Johns Hopkins Hospital in Baltimore, where he ran a research lab (with real rats, whom I liked to watch cavorting in their cages). This was the early 1950s, well before the Civil Rights movement was making national news.

Down the hall from Daddy’s lab, there were side-by-side women’s bathrooms. One door read Colored, the other White. Over the water fountains were the same signs. As an eight-year-old I was puzzled by the signs, though I don’t recall asking my father about them.

What I did notice was this: as we’d walk together from the parking garage into the hospital, sometimes we’d pass a Negro man. He was the hospital janitor (as the job description of the era put it; today he would be Maintenance Provider). Daddy would always greet him with “Good morning, Luther,” and ask about his family—in the same tone with which he greeted his medical colleagues whom we’d pass.

On some unconscious level, my father’s way of greeting Luther told me that Luther had the same dignity as anyone else.

I was in fifth grade when the Supreme Court, in 1954, declared segregated public schools unconstitutional. Our next-door neighbor, Walter Sondheim, was Chairman of the Baltimore City School Board at the time. He immediately ordered the schools to be desegregated. I remember my parents speaking proudly of Walter’s accomplishment in integrating the schools quickly and smoothly.

Two years later, I was off to junior high school, to a magnet school downtown. For the first time, there were two Negro girls in my class. At gym one day, I asked them if I could touch their hair; it looked so intriguingly different from mine. We giggled as we brushed each other’s hair.

Then something happened that made me realize that bigger things than hair texture were at stake in this racial integration business. A realtor came to our house one day, unexpectedly. I heard him tell my mother that the neighborhood was “turning,” and she should sell fast. At dinner, my parents talked with disgust about this “block-busting.” Realtors, they said, were deliberately scaring white homeowners by saying that other neighbors were “selling to Negroes,” and so property values would plummet.

Sadly, the realtor was right. By the time my parents moved several years later (telling us kids that it wasn’t because of the neighborhood’s “change,” but because we needed a bigger house—which we did, now that there were five of us kids), the value of our house had sunk so low that my folks couldn’t afford to sell it. For many years, they rented it to a string of Negro families.

Walter moved his family, too. Looking back, I think how hard that decision must have been for him, champion of integration that he was. But our old neighborhood did—as the realtor had predicted (and facilitated)—quickly “go downhill.” Yards got weedy. Houses looked droopy, with their torn screens and chipped paint. The elementary school was soon all black (as Negroes were now calling themselves). So it was segregated again, after all. Walter’s best efforts couldn’t override realtors’ schemes, whites’ fears, and social habits of separateness.

Fast-forward to the presidential campaign of 2008. Hubby George and I were visiting our granddaughters, Jordan and Phoebe, in Cambridge, Massachusetts. Their neighborhood public elementary school was by then thoroughly integrated, with African-American (as they were now called) kids from a nearby housing project, along with the multi-racial children of Harvard graduate students.

One of the debates between John McCain and Barack Obama was on TV. George and I watched, tense and excited, along with our son and daughter-in-law. Six-year-old Phoebe was in the room doing a puzzle, while her eight-year-old sister Jordan read a book.

When the debate was over, we four adults cheered enthusiastically for Obama. Phoebe turned to us, genuinely confused, and asked, “What’s the big deal? He’s just another guy. I want a woman to be president.”

I cheered silently for Phoebe. Finally, at least some white kids in our country are truly colorblind.

I wish I were as colorblind as my granddaughter. But I’m not. When I’m chatting with an African-American acquaintance at a mutual (white) friend’s birthday party, part of my brain is saying “Isn’t it great that she can be here comfortably?”

For several past summers, George and I have volunteered with a voter registration group in our county. We choose to go to inner-city neighborhoods of poverty to register people, because we know they’ll be mostly African-Americans. We enjoy our exchanges with folks as they fill out the registration forms. We kid around with them and treat them as our equals—which of course they are.

And yet they aren’t. Society has marginalized them and demeaned them in countless ways—some blatant, some too subtle for me to imagine. That’s why they hadn’t previously registered to vote; they don’t see the point.

Driving home, I wonder: is there something uneasily condescending about us whites registering black people?

I wish that our whole society, including me, could be as colorblind as Phoebe. We sure have a long way to go.

This post originally appeared at Good Letters on January 21, 2014 with the title “My Personal History of U.S. Race Relations.”