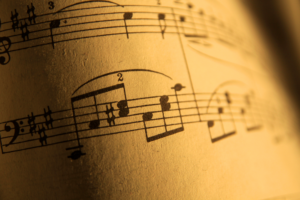 STEM stands for science, technology, engineering, and math—hyped now as the crucial core of an educational curriculum.

I don’t have anything against science, technology, engineering, or math. They’re useful for some things. Just not for the things that really matter.

President Obama was more positive than I am about how much STEM matters. In 2015 he announced a program to prioritize STEM subjects, because “[Science] is more than a school subject, or the periodic table, or the properties of waves. It is an approach to the world, a critical way to understand and explore and engage with the world, and then have the capacity to change that world…”

Obama’s goal was to give more students the opportunity for the best STEM education possible, and educators around the country have leapt to achieve this goal. STEM is so widely accepted among educators as the priority of any curriculum that they regularly use the acronym without spelling out what the letters stand for.

I agree that this is a worthy goal—as far as it goes. But where it goes (or went) next is problematic. (The following quote is from a page on the US.gov website that has been removed by the current administration, though educators still enthusiastically adhere to it.)

The United States has developed as a global leader, in large part, through the genius and hard work of its scientists, engineers, and innovators. In a world that’s becoming increasingly complex, where success is driven not only by what you know, but by what you can do with what you know, it’s more important than ever for our youth to be equipped with the knowledge and skills to solve tough problems, gather and evaluate evidence, and make sense of information. These are the types of skills that students learn by studying science, technology, engineering, and math—subjects collectively known as STEM.

STEM has brought us nuclear bombs, for instance. But because we can make them, does this mean that we should? Or to take a less apocalyptic example: smartphones. Have they “changed the world” (Obama’s phrase) in ways that improve people’s quality of life?

Clearly I’m arguing no. And this is why I want to replace STEM with what I call STAR: science, technology, arts, and reading.

I keep the ST from STEM, with the implication that engineering and math are folded into science and technology. But in STAR, the humanities have equal time with STEM. Arts and reading aren’t called humanities lightly. They are what make us fully human.

The arts are innate in everyone. The teacher’s job isn’t so much to teach the arts as to draw out from each student her own most congenial art forms. Presenting what artists have previously done in each form is a start. So show the film It’s a Wonderful Life and lead the students to discuss what values it’s promoting: what makes for a “wonderful life”?

Play Beethoven’s Fifth Symphony and talk about music and emotion. (Or, better yet, show the 2003 film Eroica, which takes as its subject music and emotion… and, as a film, shapes our perceptions of the subject.) Show Renoir’s famous Luncheon of the Boating Party and ask how the good life is imaged here. Take the class to a ballet performance and then lead them to discuss how the human body itself can become artistic material.

Hand out copies of Robert Frost’s “Fire and Ice” and… this brings us to the R of STAR: reading.

Of course, to do any of the STEM subjects you need to be able to read. You need to recognize that the letters a-t-o-m comprise the word “atom.” But that’s not what I mean by reading. I mean genres that engage the imagination. Poetry. Fiction. History. Yes, I include history; its facts are important to learn, but even more important is the vision it offers of life in other eras, other cultures.

Which, of course, fiction offers as well. For students to become fully human they need to read fiction. I’d even say they need to love to read fiction. When my father was on the admissions committee at Johns Hopkins Medical School, he would ask applicants he was interviewing: “What’s your favorite novel that you’ve read recently?” He believed that the best doctors would be those whose personal lives were enriched by great literature.

The more that ST incorporates AR, I’d say, the closer we are to that widely held goal of education as “an approach to the world, a critical way to understand and explore and engage with the world, and then have the capacity to change that world…”—for the good, I’d add.

A postscript: After writing the above, I heard a commentator mention that STEM is now being expanded by some into STEAM—adding an “A” for “arts.” I give this expansion a grade of “A.”