When I was a student at a small Catholic coed high school in New Orleans, Louisiana, I remember sitting at a bus stop with one of my best friends, painting our futures with words, musing on who we would be at thirty. I spoke of being independent from my parents, having a wife and children (five, to be exact), and being an artist with an international reputation.

Those words seem far away now, and I have lived to fulfill some of those dreams, though not quite so glamorously as I imagined. Thirty is not as old as I thought it would be. My boyish, sometimes naïve outlook has sobered with the passage of time, as I’ve come to understand the rigors of maintaining a relationship, the responsibility of being a parent, and what old really looks like. My parents have lost the cloak of invincibility they once wore in my eyes, and they now need my help. 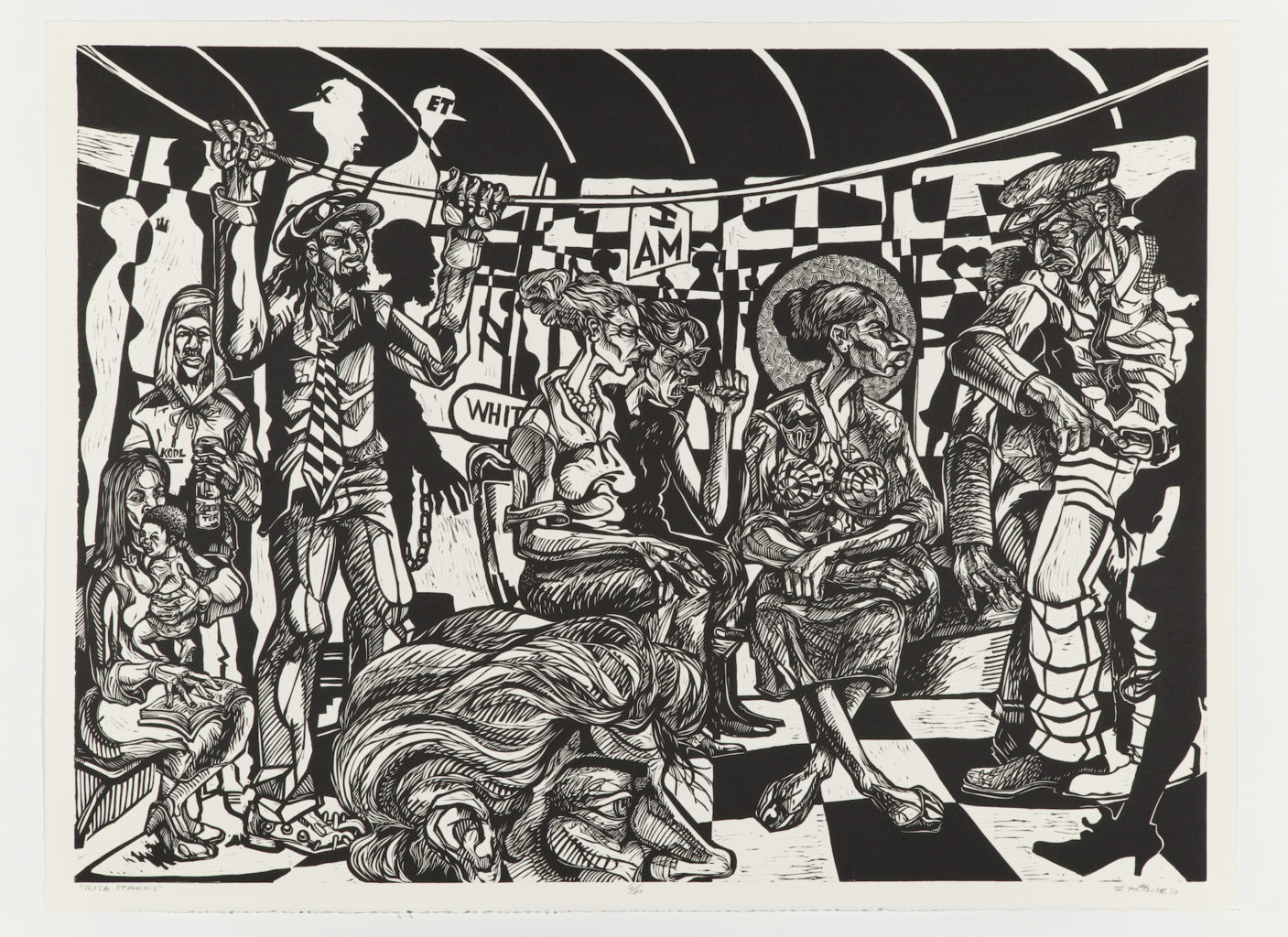 I recently created a work titled Rosa Sparks, a tribute to Rosa Parks, who refused to give up her seat at the front of a bus to a white passenger in Montgomery, Alabama, in 1955. Her act of civil disobedience sparked a boycott of the city buses that lasted over a year. In this image, Rosa sits sternly, her jacket emblazoned with the letters AOG, for the “armor of God” that Paul described in the Epistle to the Ephesians. “We wrestle not against flesh and blood,” he wrote, “but against principalities in high places.”

Progress was made. Thirty years from that day in 1955, I was in high school, dream-ing of my thirty years to come. There was progress since I turned thirty, but today we are witnessing a continuance of the old hate, now made manifest in the slayings of Trayvon Martin, Michael Brown, and Eric Garner; the stains of slavery linger in our nation’s fabric. We still have a lot to deal with on the conceptual bus. My heart is not hardened, either as an artist or a human being. I have to keep creating, sitting down like Rosa, and not being moved, until change comes rolling in like a storm.