Image: Your documentary The Builder tells the story of Don Childress, a general contractor born and raised in Richmond, Virginia, who has assembled a fantastic collection of mostly abstract art. How did you first meet Don?

Ryan Lauterio: I approached him about doing some work. I needed a storage shed to house some large paintings I had made. At the time, he was working on a church building and a few friends’ homes in the city, and I got to see his work firsthand. Then I discovered he collected and bartered art.

Image: In the film, you describe the sense of pride you got from bartering one of your favorite paintings for some significant construction work. It’s a great illustration of value being both calculable and incalculable—and how it can be given and received in unexpected ways. How has that experience opened up your understanding of value since?

RL: It seems that value results from human efforts to relate to and make much of and out of the world we find ourselves in. Put another way, meaning does not only happen when we make it. We make meaning out of a world that is already meaningful. The experience of bartering further solidified my sense that value is both contained in a given object, moment, or interaction while also being allusive and far more expansive than the economics we trade in on any given day. 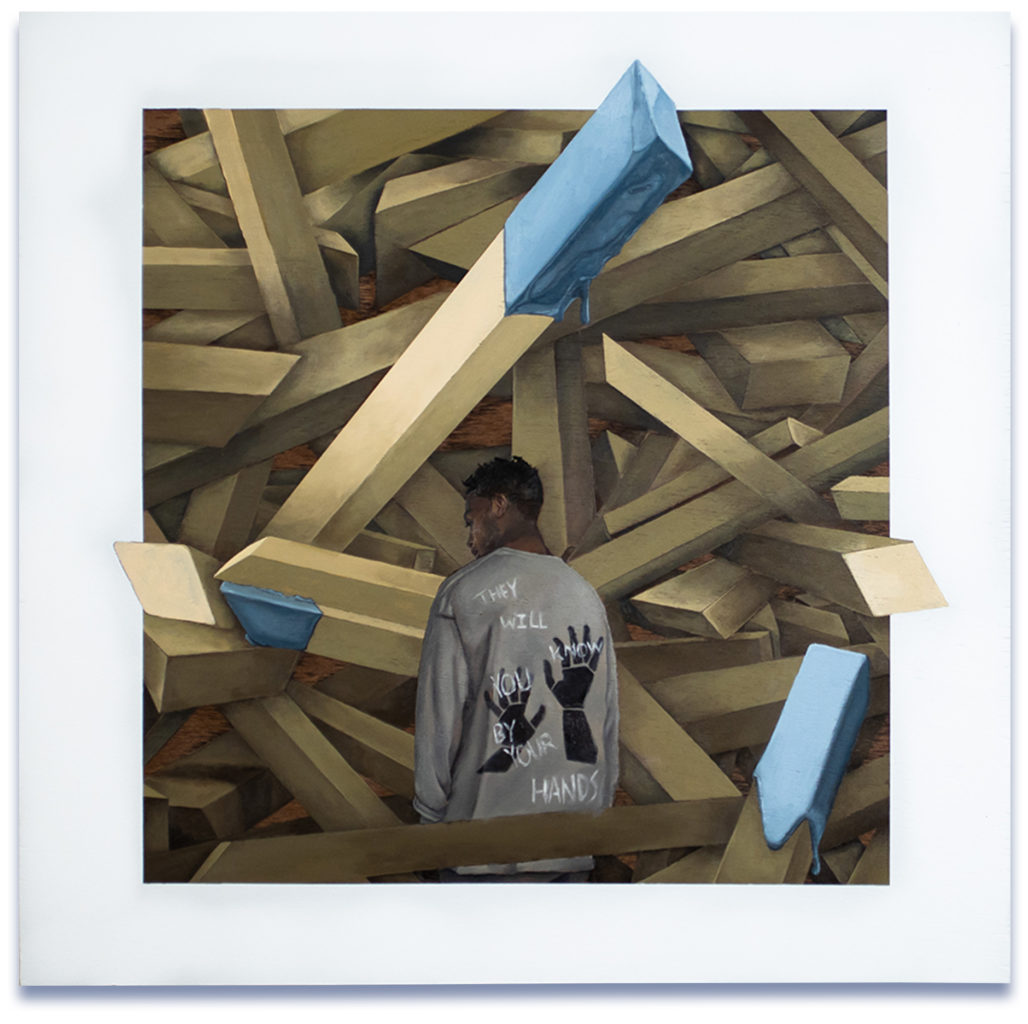 Curtis Newkirk Jr. Known by Your Hands, 2020. Oil and acrylic on wood panel. 24 x 24 inches. From the Childress Collection.

Image: Throughout the film, as we watch Don’s collection grow, we also see him restore a home, which he essentially brings back to life from its bare bones. We also hear people who know him talk about his ability to see creatively and imagine in three dimensions, which connects his construction practice to his collecting. What else can you tell us about Don’s eye, especially for people thinking about buying art for the first time?

RL: I think humans are psychosomatic unities, and as such, knowledge is holistic. Don has cultivated a holistic-intuitive knowledge through his aesthetic work as a builder—and through his relationships with artists and other collectors who’ve been able to introduce him to a range of art. It’s a kind of vision that breaks down classist compartmentalization. This cross-pollination bolsters human flourishing—and you see this as much in his work as a builder as in how he relates to and supports artists.

Also, Don’s eye is certain. He feels free from the need to justify collecting any given work, because for him, the value is evident in the work itself. And I’d agree. Perhaps he sees things more clearly than many art world elites. 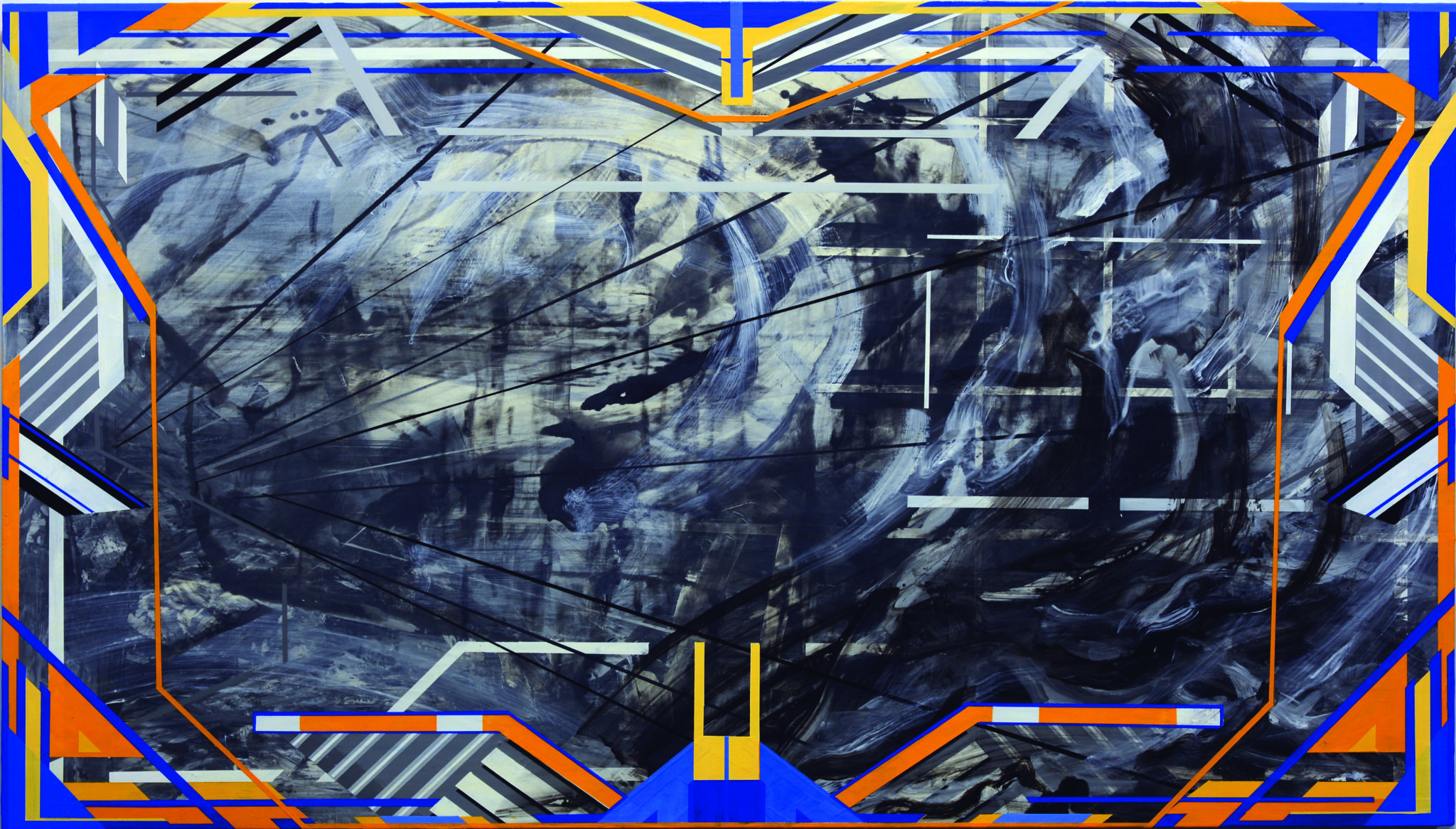 Image: On its surface, the film tells a unique story about collecting. But it is interwoven with other stories, especially about generational changes in Richmond to do with class, ethnicity, and economic and physical development. As director of the Shockoe Artspace in the city, how do you situate your work within this layered history?

RL: The work we do at Shockoe has required great community support. We wanted to visualize connectivity. In our podcast, Shockoe Artspeak, we often say it is vital to both know and be known. This takes time, visibility, and a sacrificial willingness to listen but also act. Our vision is built on the assumption that art and design are at their best when they are a gift in the service of others. The heart of what we have been doing at Shockoe is looking to love our neighbors. To put “know and be known” another way, I might say, “Make and curate art with and for your friends, and then go out and make more friends.”

Image: I caught myself smiling throughout this film. There is a profound gentleness and empathy to it. Did that sensibility emerge organically as you filmed or edited, or was that part of what you wanted to convey from the start?

RL: You have glimpsed the heart of so much of the work we do at Shockoe Artspace in general. I’m sure the answer is both/and. Our team is dedicated to living this gentleness out, without compromising the depth of understanding and making that is set before us. Intellectual rigor and wonder do not need to have an elitist bent. This film tells a true story, and the joy you see in these various people knowing, loving, and supporting each other is infectious. I think the timing of this film is providential, and at the film’s heart is the kind of spirit that is already at play in many places—or can be if we build spaces for it. 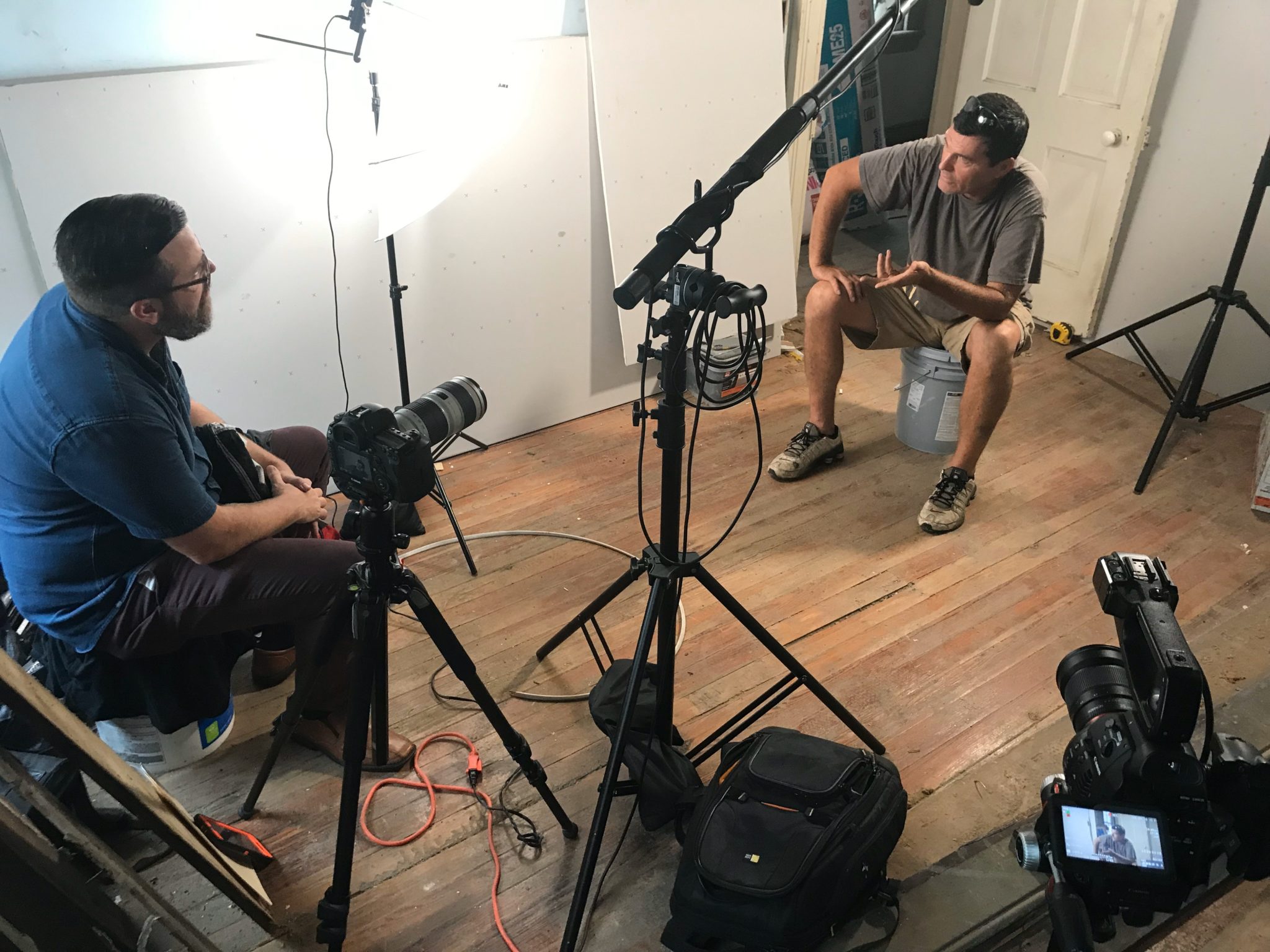 Ryan Lauterio is a visual artist who lives in Richmond, Virginia, where he founded Shockoe Artspace in 2011. He is currently its director and curator, as well as host of its podcast, Shockoe Artspeak, and a full-time instructor at Virginia Commonwealth University.