Image turns thirty years old this April. As we reflect on what’s ahead, we asked fifteen visual artists and two singer-songwriters to tell us what they learned and how they changed after turning thirty. Click here for the full collection.

In this painting, Delilah weaves Samson’s hair into her hablon (a native Filipino textile) while he sleeps. Her two tribesmen lurk behind her, encouraging her to search out the source of his strength. As it turns out, Samson’s strength had nothing to do with his hair and everything to do with his reliance on God. I often use episodes from Samson’s tumultuous life in the Book of Judges as metaphors or reminders to inform my portrayals of the difficult history of the Philippines, an archipelago subjugated and colonized by Spain, the US, Japan, the dictator Marcos, and now China. Currently, a huge diaspora of “overseas foreign workers” keeps the nation afloat economically by sending money home. Meanwhile, a fervent Christian faith, evident in every part of Filipino culture, continues to guide their existence. 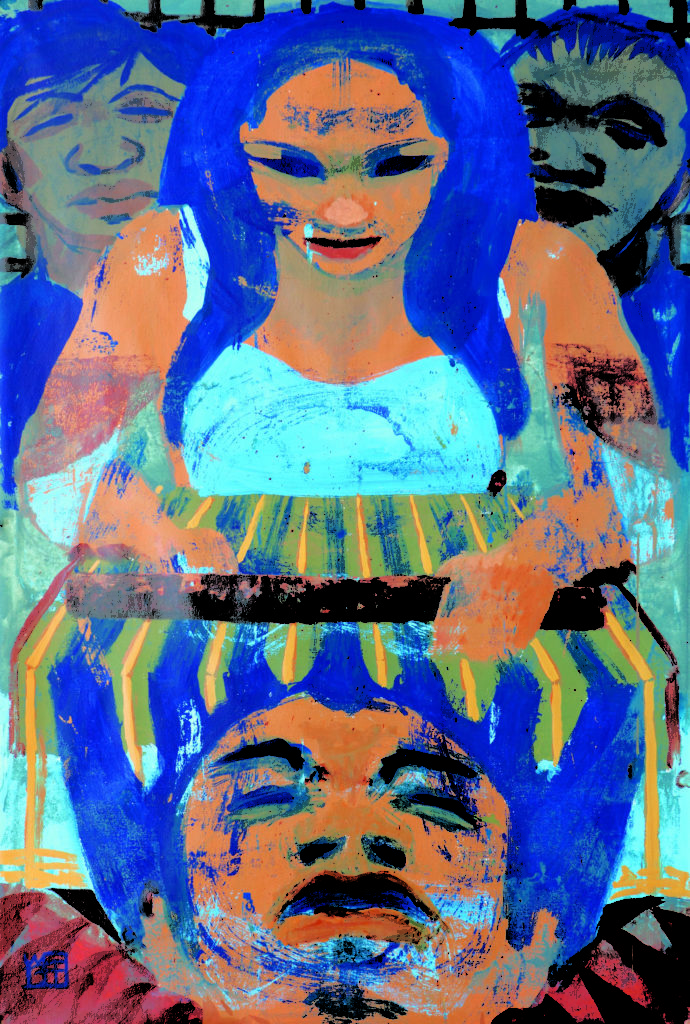 Was it Robert Frost who said that one’s purpose in life is to return, full circle, to one’s childhood and understand it for the first time? For the last fifteen years, that’s what I’ve been doing. It has been rewarding but also difficult to reclaim the childhood that I left in the Philippines. I left when I was three years old, taking only sensory memories and the memories I carried in my blood. Yet I have a large and supportive family on a small island called Negros, who have helped guide and support my efforts to understand my birthplace and that little boy who, thirty years later in a foreign land, would finally come to recognize the love of Christ.

Now I see that God had a plan from the beginning. It was beautifully complex, circuitous, and at times painful, but masterfully designed. Looking back after thirty-some years of creating art with the gifts he has given me, I feel very grateful.