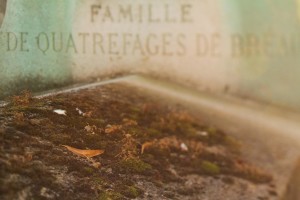 I’ve long loved Pattiann Rogers’ poems: how they caress nature’s most minute details with acutely attentive language. Here, in “The Moss Method,” she focuses on one of nature’s most lowly living things: moss. The poem is a paean to moss’s inconspicuous virtues: its literal lowliness, its quiet power of softening sharp edges, its luscious mats laid out for our pleasure. Rogers’ alliteration throughout enacts moss’s own softness, as words glide over each other: moss can “sooth… stones / with frothy leaf by leaf of gray-green life”; can “salve / sidewalk cracks, crumbling walls”; “cling to cliff seeps beneath / spilling springs.” Then in the closing stanza, the poem broadens its focus, leaving the minutiae of moss’s virtues to gaze way beyond, where moss’s “ministries” give hope to our rocky world, which scatters souls adrift “like spores.”

The Moss Method by Pattiann Rogers

Most lie low, flourishing with damp,
harvesting sunlight, no commotion, moss
mouse-silent, even through wind and hail,
stoic through motors roaring fumes,
through fat-clawed bears grubbing.

They root in thin alpine air, on sedentary
sand dunes, cling to cliff seeps beneath
spilling springs. For rest, they make mats
on streamside banks, for pleasure produce silky
tufts, wavy brooms of themselves in woodlands
for beauty, red roof moss for whim, elf
cap, hair cap, sphagnum for nurturing.

No fossil record of note, no bone
history, so lenient they possess only
those memories remembered.