Antonio McAfee (b.1983) is a photographer raised and based in Baltimore, Maryland. By appropriating and manipulating historical portraits, he seeks to unsettle prescribed views of his subjects, providing alternative, richly layered images that give us deeper, more nuanced ideas about the people we’re looking at. His process is driven on the one hand by formal considerations (modifying the print’s surface) and on the other by imaginary potential (establishing new backstories and roles for his sitters). In these recent works, he conjures unexpected connections between figures from the history of Christian art and legends of soul and funk music, whom he renders iconic in new ways. 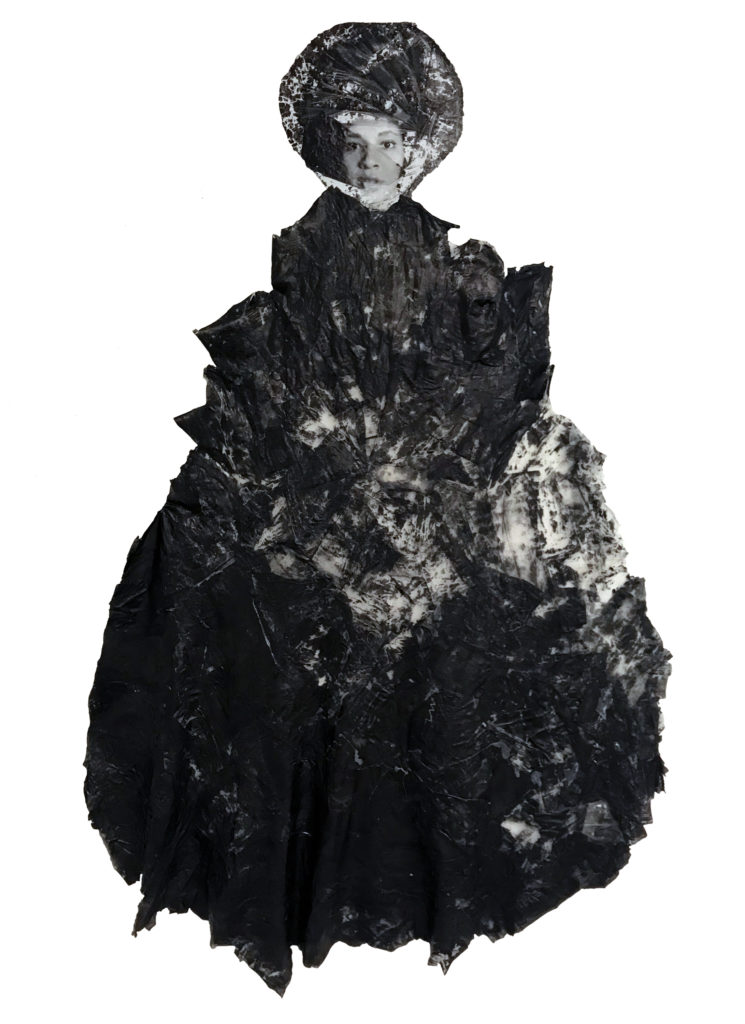 I recently discovered Betty Davis, the talented funk diva, and was amazed by her influence on Miles Davis’s jazz, funk, and soul. She had an all-star band which consisted of members of Sly and the Family Stone, Santana, the Pointer Sisters, and Tower of Power’s horn section. She faced controversy and was banned from television and radio for her bold, uninhibited expression of her personality. This portrait accompanies Sly as Apostle and D’Angelo as Mary Magdalene. Davis’s form is reminiscent of medieval Madonna della Misericordia (or Virgin of Mercy) images, depictions of the Virgin Mary sheltering her devotees under an outstretched cloak. This iconography reveals Davis as a sustaining force, carrying and protecting musical legacies into the future.

This is the first full-body collage I completed. The formal inspiration came from a Master of Magdalene painting from 1285. In that painting, Mary looks like Cousin Itt from The Addams Family, with her long red hair covering her body down to her feet. I was captivated by the simplicity of her body’s form as she prepares to ascend to heaven. I found an unexpected resonance in D’Angelo’s low-fi, melancholy mood, articulated in the album Voodoo, which has mystified me for years.

This rendition of Sly Stone, alongside my Betty Davis and D’Angelo portraits, are part of a series in which I meditate on funk and R&B legacies. Sly taught D’Angelo his process for recording vocals, which contributed to the mellow mood, slightly off-beat percussion, and often haunting vocals of D’Angelo’s records. 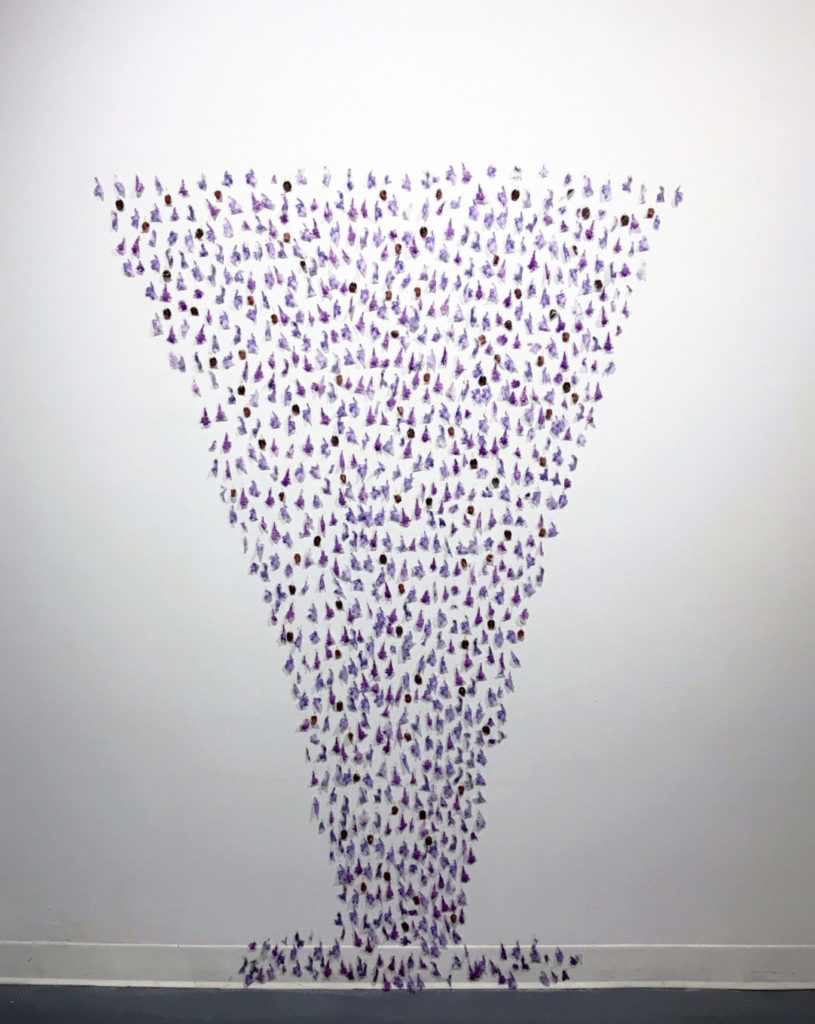 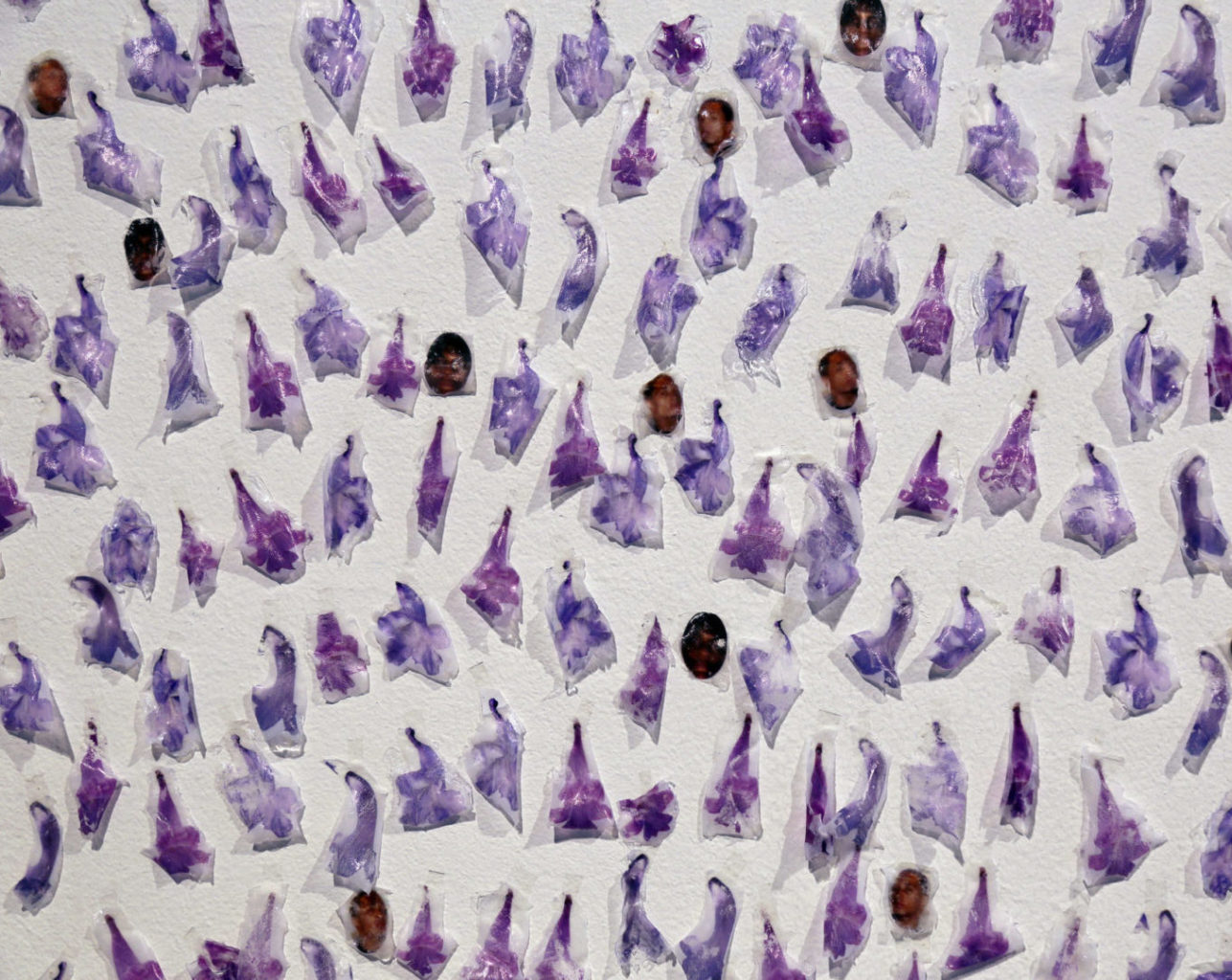 When Heaven Mourned was inspired by the song “Children’s Story” by Slick Rick, in which a young man is pressured to commit a crime and gets shot by the police. In Gabriel García Márquez’s novel One Hundred Years of Solitude, heaven mourns the loss of a patriarch by showering a town with flowers. In my piece, my cousins, who died from gun violence, are memorialized in locket photos that fall to earth amid jacaranda flowers. The flowers also recall my time living in Johannesburg, famous for its purple springtime blooms. 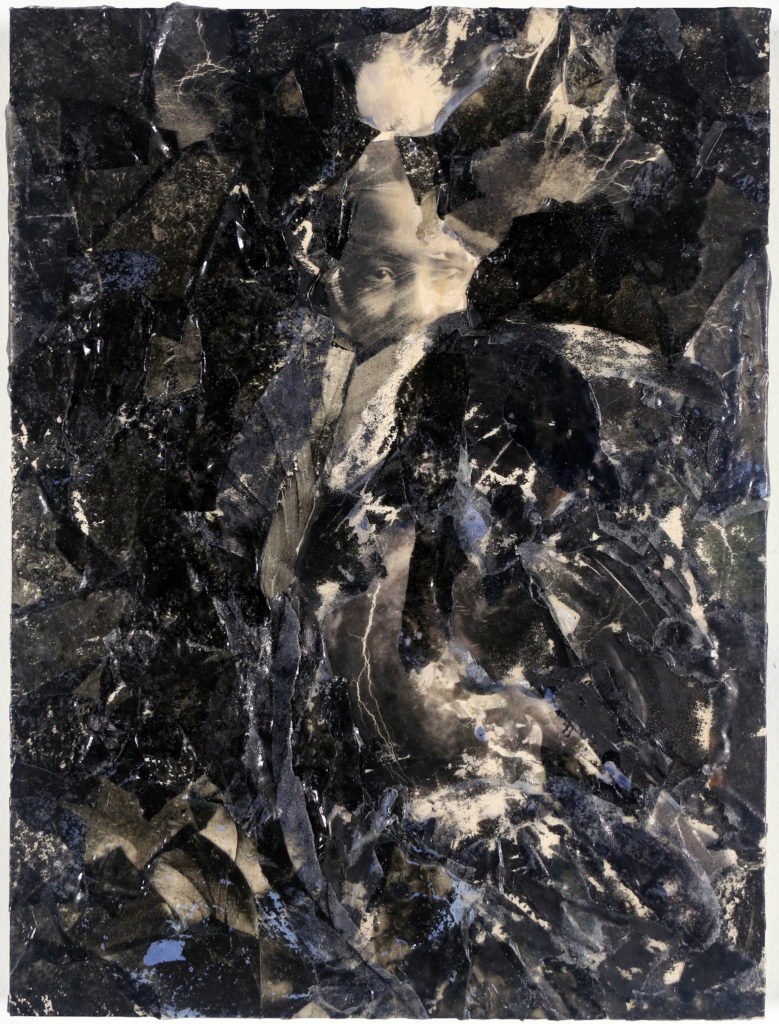 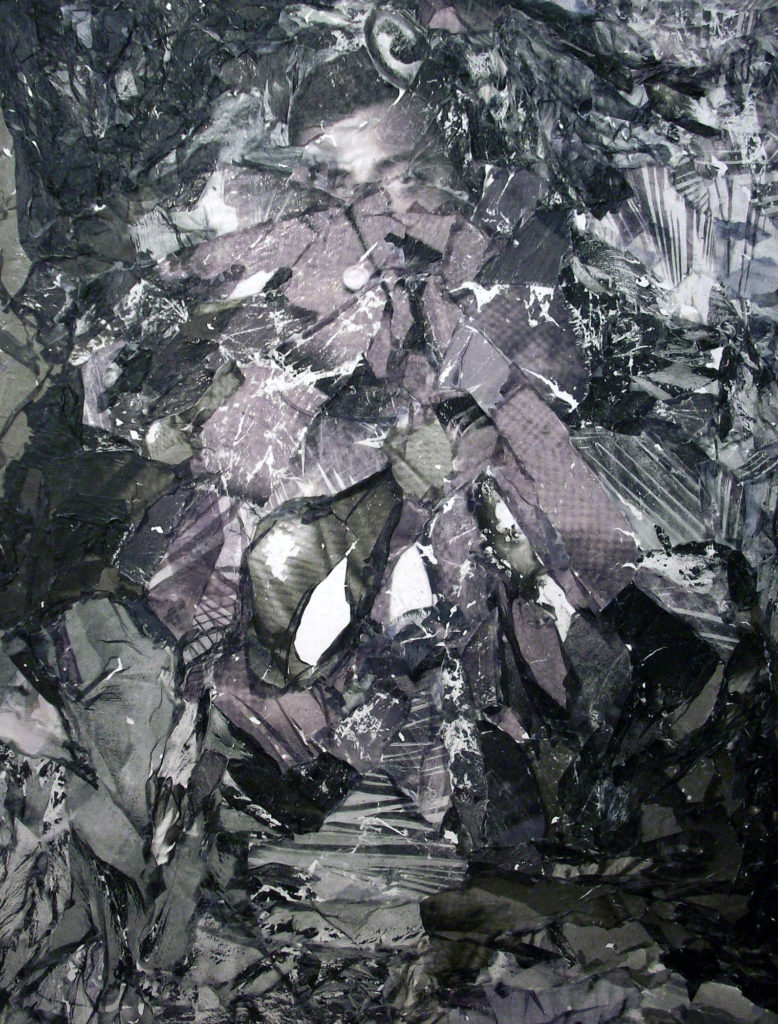 The majority of my portraits over the past eight years have focused on remaking studio portraits from A Small Nation of People, an exhibition of photos of African American life organized by W.E.B. Du Bois for the 1900 Paris Exposition. Muse Studies and the Unmaking and Making series are drafts for new configurations of the figures. No longer restricted by a need to hew closely to their original source photographs, the works in these series keep finding new forms. Muse Studies and Unmaking and Making are inspired by scenes in Ralph Ellison’s novel Invisible Man in which the protagonist is underground, submerged in blackness. As he physically disappears in this void, his internal dialogue articulates greater insight about himself and the world he left. These collages are ways to visualize an unsettled space between form and formlessness. 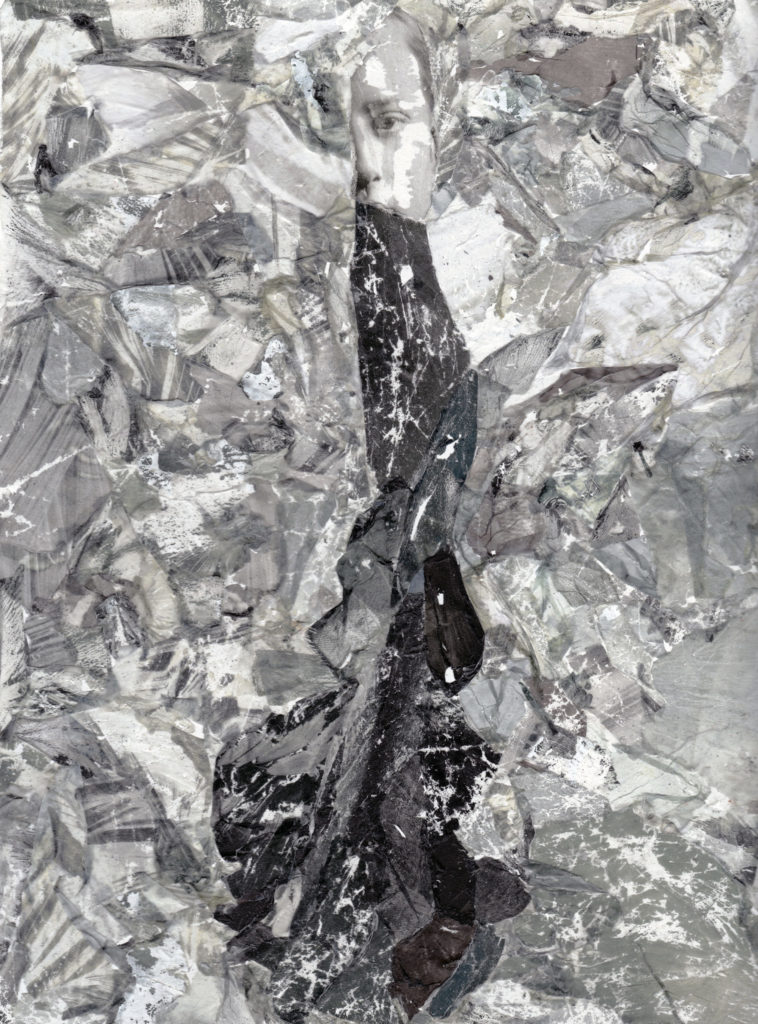 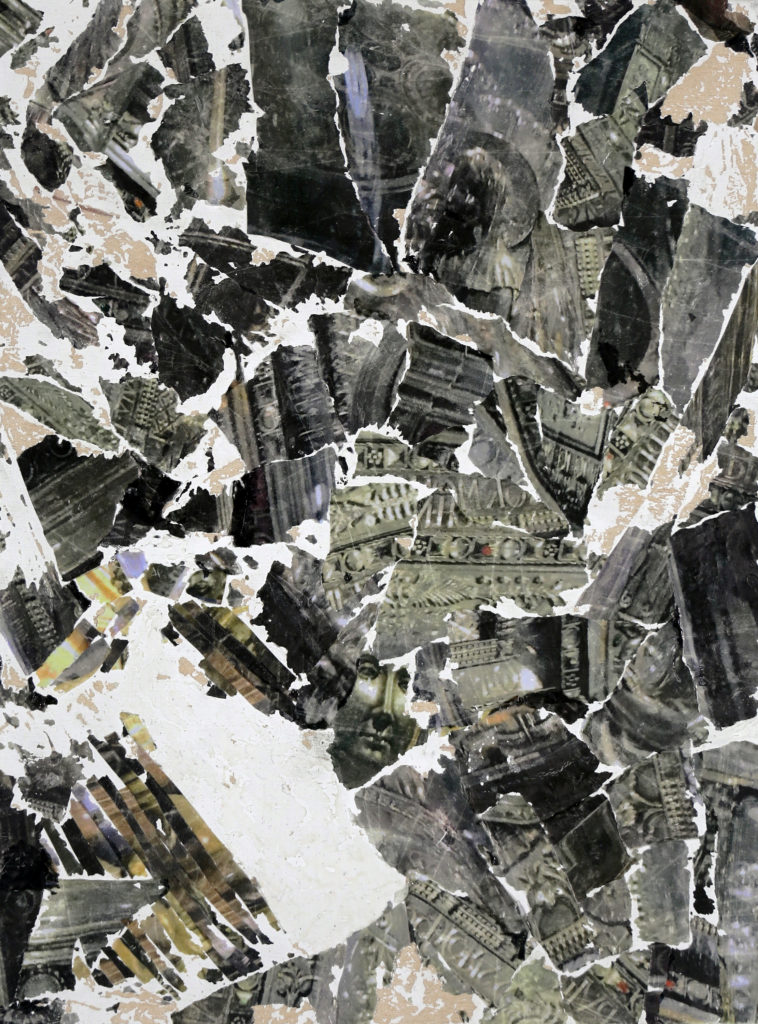 I became fascinated by Black Madonnas after visiting Regina Mundi Catholic Church in Soweto, a township in South Africa, where I saw one in a stained-glass mural. That church was a site of rallies by the African National Congress (Nelson Mandela’s party) to combat Apartheid. I was also curious about Black Madonnas more generally—they are often believed to possess extraordinary powers to evoke visions and miracles. Sometimes these images owe their distinctive color to aging and candle smoke; other times they explicitly pay tribute to people of color. This image is a collage based on the Black Madonna that I studied at the basilica at Montserrat, Spain.

I took this portrait of my grandmother, C’Dell Vincent, almost twenty years ago at her funeral viewing. Efram Wolff’s album artwork for Stevie Wonder’s Innervisions provides the ground for her image. The work’s textures and aged yellow color evoke the Shroud of Turin. In a sense, the shroud constitutes a death portrait, though one that “develops” in a darkroom (the tomb) without any witnesses to see it. 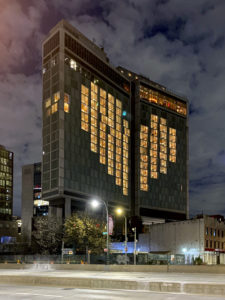 Stations in the City