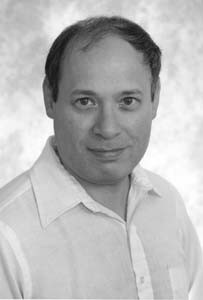 Richard Alleva, film critic for Commonweal and frequent contributor to Image, received a B.A. in Drama at the University of Connecticut and an M.F.A. in Playwrighting at Catholic University.

“As an actor, I seem to have foreshadowed my career as a critic by bringing bad news to personages spending more time in the limelight than I ever enjoyed. I was the Soothsayer warning Caesar about the Ides of March, the messenger in Oedipus Rex announcing to the people of Athens that their king would never need an optometrist again, Marmeladov in Crime and Punishment confessing to Raskolnikov that he has drunk his own family into poverty and his daughter into prostitution, the villainous Don John in Much Ado About Nothing falsely informing Claudio that the latter’s bride-to-be is in training to be an adulteress.”

“I spent two years touring the USA and West Germany with The National Players, Catholic University’s repertory company. I did summer stock and little theater work in the Washington D.C. and Maryland area. An example of the artiness of one of these groups: It not only do Oedipus Rex but the Seneca version rather than Sophocles (and in a Ted Hughes translation, no less).”

“Meanwhile, I was writing plays, screenplays, stories. For a Maryland PBS station I served on a script writing committee that dreamed up stories for a dramatic series illustrating the joys and miseries of parenting, long before I had such experience myself.”

“During 1985-1990, I served as the movie critic for Crisis magazine, then shifted over to Commonweal, for which I still write. Reviewing for a biweekly forces me to be selective in what I review. I deal with movies that fit into one of three categories: 1) Films with religious concerns or personae or simply have religious feeling: Black Robe, Entertaining Angels, Priest. 2) Newsmaking, unignorable works: Saving Private Ryan, Life is Beautiful, Eyes Wide Shut. 3) Easily overlooked gems: The Rapture, Smoke. Nevertheless, many movies that qualify in one of the above categories fall through the cracks that open up in the movie-crowded weeks between Christmas and mid-January, which is exactly when Commonweal goes on Christmas hiatus. I therefore try to cover as many important films as I can without being superficial.”

“My day job is in the Children’s Department of the Russell Library in Middletown, Ct., for which I order children’s videos, do reference work and, every summer, help to create a reading club for kids, ages 8-12, that lures them into the study of history, folklore, and science by giving them prizes for solving mysteries based on the biographies of great scientists, writers, artists, and world leaders: ‘Guys and gals holding pens and swords and test tubes’, as someone summed it up. I just hope it’s helped kids realize that there was life before the Internet.”

“My current plans are to coax some romantic German poems by Joseph von Eichendorff into English, to get back to work on a novel that opens with, of all things, a blow-by-blow description of a movie, and to begin reading The Little House on the Prairie books to my eight year old daughter.”

“Two articles of mine will be appearing in anthologies this fall. “Branagh’s Hamlet,” from Commonweal, will be in Readings on Hamlet, published by Greenhaven Press. And the Image article “‘I Would Toss Myself Aside’: Confessions of a Catholic Film Critic” will appear in The Best American Movie Writing 1999, edited by Peter Bogdanovich, published by St.Martin’s/Griffin.”