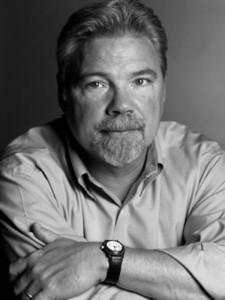 In “The Mona Lisa as Self Portrait,” Robert Cording writes a poem about the mysterious process whereby the artist begins with the subjective self and seeks, through the crafting of a work of art, to lose the self in homage to the other. The tension between self and world is an ancient one in art, and it runs throughout Cording’s moving, lyric poetry. What gives his poetry such freshness is that he takes this dilemma and suggests, in subtle ways, that it can be seen in spiritual terms—that grace can be found in poetic self-effacement. Of course, to quote the title of one of his collections, what he often encounters can best be described as “Heavy Grace.” Cording’s poetry, while religious in ultimate concern, never rests easy in sentimental abstractions but takes on pain, suffering, death, and other “heavy” issues. Yet there is always in his work the arduous struggle to sacrifice the self in openness—and praise—to the Other.

Robert Cording teaches English and Creative Writing at Holy Cross College where he is professor of English and Barrett Professor of Creative Writing. He has published three collections of poems: Life-list, which won the Ohio State University Press/Journal award in 1987; What Binds Us To This World (Cooper Beech Press,1991), and Heavy Grace, (Alice James, 1996). A fourth volume, Against Consolation, was published in May 2002, from Cavan Kerry Press. He has received fellowships from the National Endowment For the Arts, twice from the Connecticut Commission of the Arts, and from Bread Loaf. In 1992, he was poet-in-residence at the Frost Place in Franconia, New Hampshire. His poems have appeared in the Nation, Georgia Review, Kenyon Review, New England Review, Poetry, Double Take, Orion, Paris Review and the New Yorker as well as many other magazines. He lives in Woodstock, Connecticut with his wife and three children.

“I am teaching and directing a creative writing concentration that is part of the English Major at Holy Cross, as well as working on my fifth volume of poems. My current work strives to reincorporate religious language and content in a way that interests and wins over a skeptical modern audience. My work is rooted in the belief that words can invoke what the critic George Steiner calls “real Presences,” and that these presences bring us back again and again to the fundamental question of being: that there is something, rather than nothing. The poems I’m writing lately try to criticize and call into question what we have rarely questioned—our own unexamined nihilism.”